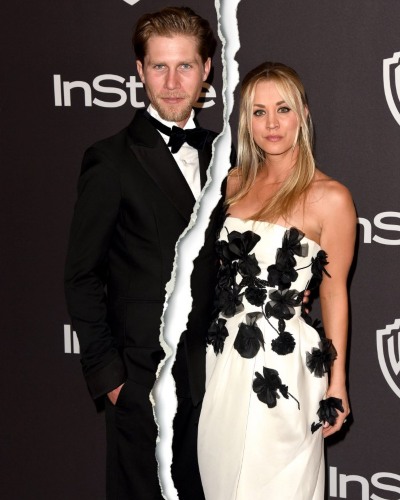 Kaley Cuoco and husband Karl Cook have decided to part ways! Cuoco and Cook released a joint statement on 4th September 2021 announcing their separation. They said that despite the deep love and respect for one another they realized their current path has led them in opposite direction. They said,

“We have both shared so much of our journey publicly so while we would prefer to keep this aspect of our personal life private, we wanted to be forthcoming in our truth together. There is no anger or animosity, quite the contrary.”

Kaley and Karl made a decision together through an immense amount of respect and consideration for one another. They requested to have the same understanding as they would not be sharing any additional details. The couple celebrated their third wedding anniversary in June 2021. Cuoco wrote at the time,

“Why have you stayed married to me for so long?! I’m sincerely impressed @mrtankcook lol I love you oh so much you have no idea,”

They started dating each other in 2016 and engaged in November 2017. Their wedding ceremony was on 30th June 2018 at a horse stable near San Diego, California. It is not clear if they have filed for a divorce or not.

Kaley is an American actress. She is best known for the portrayal of roles like Penny on The Big Bang Theory, Billie Jenkins on Charmed and Bridget on 8 Simple Rules. Read more bio…

What is going on between Robin Antin and Nicole Scherzinger of ‘The Pussycat Dolls’?
Tags : Actress The Big Bang Theory