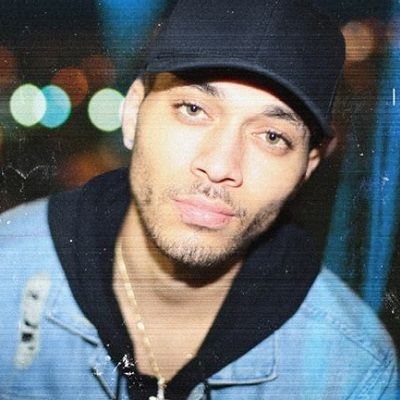 FLIGHT 1023 is out everywhere now!! Take Flight with me

Currently, Kalin White is in a relationship with Natacha Nunez.

They both were spotted for the first time while, Natacha shared their photo on her Twitter on September 8, 2014, and also mentioned him as a boyfriend for the first time. According to their Social media, they are dating before 2014.

As of September 2019, Natacha uploaded their lovely photos on Instagram with a heart emoji.

Who is Kalin White?

Kalin White is a singer, songwriter, and musical artist.

He is best known as a member of the R&B and hip hop duo band, Kalin and Myles.

As of March 18, 2019, his solo official Song titled – lil freak was premiered on his own Youtube channel.

His mother Bruke raised him when he was a child. So, he always remembers his mom and inspired by her.

Kalin has five siblings two half-sisters and three half brothers. One of his brother’s name is Jake Parrish.

He is always interested in music from his school days. When he was fourteen he was more passionate about rapping, hip-hop, singing, and songwriting. But Kalin found his passion in music becoming influenced by the likes of musicians such as Chris Brown, Michael Jackson, and Brian McKnight.

They signed a contract with Republic Records in 2012 and released their first debut Extended play, titled with Chasing Dreams, in September 2013.

In the same year, they released a second EP album called K&M University.

In June 2014, together they produced two hit EP album, Chase Dreams, and Dedication. Every people loved their duo music and they have many fans during that time.

Besides, they toured the United States in 2015 in various cities. They also announced the fifth debut album, Kalin and Myles, in November 2015. In the same year, they were nominated for Teen Choice Award.

Due to their own reasons, they separated on March 30, 2016, and started their own solo career.

Kalin’s net worth is approximately $1 million US. As hip-hop and rapper artist, his earnings are $62 k U.S.

Kalin has brown eyes and auburn hair. His height is 6 feet tall and his weight is 65 kg.

He also has his own YouTube channel named Kalin White with 24.5 k subscribers.

Which Look Did The Celebs Went For The New Year Eve 2020? Here Are The Pictures!