Kally Berard is renowned as a Canadian actress and teen gymnast. 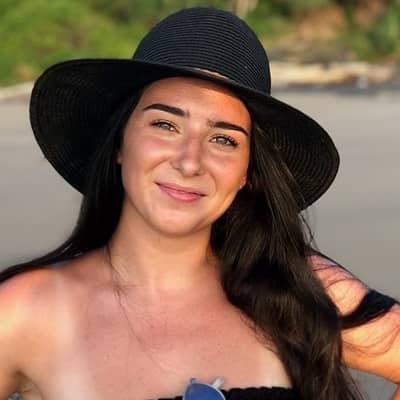 Kally Berard is currently in a love affair with Tyler. Her boyfriend Tyler is the owner of T.K. Contracting, a Landscape Company.

From their social media sites, it seems that the couple is very fond of traveling. They often post travel pictures on their respective social media sites. Furthermore, not much information available regarding their love life.

Who is Kally Berard?

Kally Berard is renowned as a Canadian actress and teen gymnast. She is best known for her role as Sierra Kuchinko on An American Girl: McKenna Shoots for the Stars.

Kally’s full name is Kally Liane Berard. She was born on September 20, 1999, in Winnipeg, Manitoba, Canada. She is of Canadian nationality and belongs to Caucasian ethnicity.

Berard is very secretive regarding her family member including her parents and siblings. There is no enough information available about them.

The detailed information about her academic background is also not available.

Kally was a gymnast person and she later changes her career into an actress. Berard made her first on-screen debut in 2012 in the film, ‘An American Girl: McKenna Shoots for the Stars.’

The film features popular personalities like Jade Pettyjohn, Nia Vardalos, Kerris Dorsey, and more. In the film, she cast in the role of Sierra Kunchinko. In 2013, she cast in ‘Curse of Chucky’, a supernatural slasher film in the role of Young Barb.

The film released on August 2, 2013, at Fantasia Festival starring Fiona Dourif, Danielle Bisutti, Brennan Elliot, and other cast members. Similarly, she appeared in the 2016 horror film, ‘Wait Till Helen Comes‘ portraying the minor role of a teenage girl.

Currently, it seems that she takes a break from her television career. She doesn’t seem in any film and television series. Presently, she runs a bakery shop named KB Bake Shop with her boyfriend Tyler.

Firstly, she stays miles away from any sorts of rumors and controversial acts. Till now, she has not been part of any controversy and scandals that create headlines in the media.

Berard might have earned an impressive amount of fortune throughout her profession as an actress. But, she hasn’t yet revealed the exact figure of her net worth, salary, and yearly income.

The actress stands at the height of 5 feet 5 inches tall and weighs around 55 kg. She has a beautiful Green pair of eyes and brown hair color.