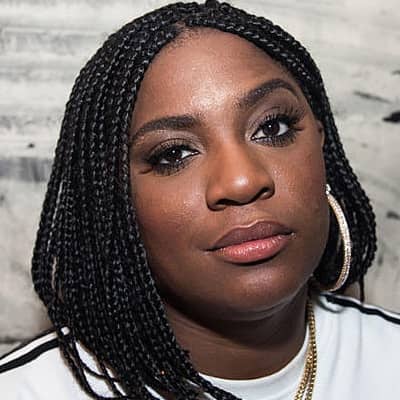 Currently, Kamaiyah is possibly single. She isn’t married yet however, she is the mother of her first child, a daughter named Janiyah who was born in May 2013 as per other online sources.

Moreover, no information available regarding her past relationship.

Kamaiyah is an American Rapper, Singer, and former member and the first lady member of The Big Money Gang (BMG). She is recognized for her debut mixtape A Good Night in the Ghetto (2016).

The Rapper was born in Oakland, California, United States, on March 13, 1992. She was raised in Sacramento. As of now, she is 29 years old. She holds American citizenship and belongs to the African-American ethnicity. Her Zodiac sign is Pisces.

Unfortunately, there is no information available regarding her parents including her father, mother, and siblings. Since her childhood, she has an interest in music, as she was inspired by her favorite childhood 1990s artist such as TLC, Missy Elliot, and Aaliyah.

She went to Hayward High School where she was more concerned about singing and creative arts.

After high school, Kamaiyah focused on her professional career as a rapper with the release of her debut single ‘How Does it fell’ in 2015 and was ranked one of the year’s best songs by Pitchfork and NPR.

In March 2016, She released her debut mixtape, A Good Night in the Ghetto. After releasing her debut mixtape, Kamaiyah performed at South by Southwest that month in Austin, Texas. In the same year, she was featured on YG’s single, “Why You Always Hatin?” alongside, Drake.

Besides, she also features in a sprite commercial alongside LeBron James in early 2018.

Until now, she is not involved in any sorts of rumors and scandals which create a huge buzz in the media and hamper her career and personal life.

Besides, now she is no longer friends with the “Good Life” singer Kehlani. They both have been buddies for a long time, but now they have fallen out.

The rapper estimated net worth is around $100 thousand throughout her profession as a rapper and singer.

Besides, She has also a youtube channel from where she earns around $4.09 thousand-$24.6 thousand approximately.

Kamaiyah is around 5 feet 6 inches tall approximately and her weight is around 68 kg. Likewise, she has dark brown eye color, and she has a dark complexion with black hair color.

Moreover, there is no information available regarding her other body measurement.

The rapper has a Youtube channel where she uploads official song video and audio and vlogs (behind the scenes). Likewise, she is active on Instagram where she has over 2836 k followers yet.