Kamaru Usman is a professional Nigerian-American mixed martial artist. Kamaru competed in the Ultimate Fighting Championship. He is currently single.

Kamaru Usman is currently single. He has a five years old daughter. He dated a Brazilian girl who speaks Portuguese.

He shares pictures of his daughter on the Instagram handle. Kamaru has a very good bond with his daughter. He calls her ‘misspretty’. 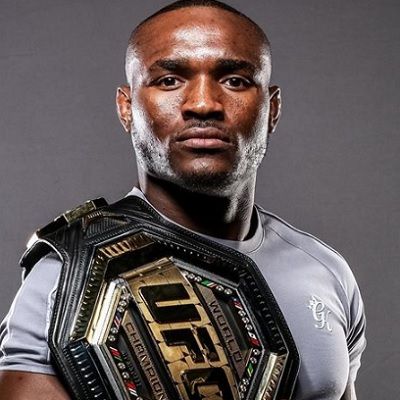 Who is Kamaru Usman?

He is the current UFC Welterweight Champion.

Kamarudeen Usman was born on 11th May 1987 in Auchi, Nigeria. When he was 8 years old his parents moved here to the USA. Similarly, his father was in the Nigerian Army. He has a brother Mohammed who is also a mixed martial artist and also has a younger sister.

Kamaru started wrestling in his sophomore year in high school. He attended Bowie High School in Arlington, Texas. After that, he was educated at William Penn University in Iowa and was transferred to the University of Nebraska at Kearney in Kearney, Nebraska.

In November 2012, Kamaru made his MMA debut and compiled a record of 5-1. He competed in several regional promotions before trying out for The Ultimate Fighter.

In February 2015, Usman was announced that he was one of the fighters selected to be on The Ultimate Fighter 21. In his first fight, he faced Michael Graves. Similarly, in the semifinals, he faced off against former WSOF Welterweight Champion Steve Carl.

In the finals, he faced Hayder Hassan on 12th July 2015 at The Ultimate Fighter 21 Finale. Likewise, he won the bout via submission in the second round.

Kamaru has dark hair and eyes. He is 6 feet tall and weighs around 77 kg.