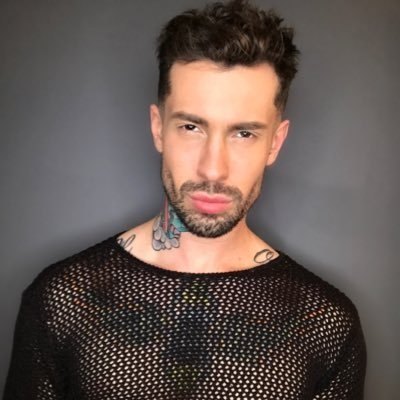 Well, I auditioned for the Pit Crew but this is gonna be way more fun!

Far too much sass, way too much ass.

Previously, she was in a relationship. As of now, she has not revealed the details of his partner. However, she shared that the break up with her partner led to the reality TV series, Drag Race.

Who is Kameron Michaels?

American Kameron Michaels is a drag performer. She is renowned for her appearance in RuPaul’s Drag Race.

Last, in 2020, she appeared on the reality Tv tour, Werq the World.

Kameron Michaels was born on 23rd July 1986 in Massillon, Ohio, U.S. However, she spent a major portion of his youth in Columbia. His birth name is Dane Young. He is of British-Irish-Scottish ethnicity.

To date, she has not shared any details on his family background including his father, mother, and siblings.

As a child, she had no idea of the drag queens due to the lack of exposure in the sector. At the time, she was going through a transition that caused him to go through a tough time. When he was 14, she came out as gay to his mother.

When he joined the High School, she started doing drag. Due to his feminine and his body language, she used to be bullied by the straight fellow male friends. Due to the reason, she developed the introverted tendencies.

Kameron Michaels started his career as a go-go dancer and cocktail server on the local nightclubs. When she became 18 years old, she moved to Nashville where she felt the city’s queer community as his home. Hence, she relocated himself to the city.

In the city, she started his career as a drag. At the time, she learnedd how to use makeup. Also, she studied photographs and videos of himself to identify unmasculine gestures. In the initial days, she took his name as Arianna St. Claire that she switched to Kameron Michaels.

However, due to his relationship, she gave his career as a drag queen and worked as a hairstylist and performer at Play Dance Bar in Nashville. After the breakup, she restarted his career as a drag performer. In 2018, she got selected for the 10th season of Drag Race. In the show, she came out as the 1st runner up behind the winner, Aquaria.

Following the limelight, she appeared in various music videos like Let it Snow, Freedom as a lead artist. Also, she made her appearance in the various internet series like Gaymer Guys, Fashion Photo RuView, How to Makeup, and Bestie$ for Ca$h as a guest and host.

As of 2020, she has an estimated net worth of $500 Thousand. His earnings as a drag performer are in the range of $20k to $237k. Besides that, she also makes through her reality TV series.

Kameron Michaels has brown eyes with brunette hair. She stands at a decent height and an average weight. However, details on his body measurements are not available.

Talking about his appearance, she has a charming persona with long facial features. Also, she has a muscular physique is the trademark that earned him the name, The bodybuilder Barbie.

To the date, she has not been through any sort of controversy and scandals that created headlines in the media. However, in 2019, there were rumors that she will be attending the series, All-Stars 5.

Besides that, she also has a self-titled YouTube channel with over 25.6k subscribers and more than 245.7k views.

You may also read the bio of Courtney Act, Candis Cayne, and Georges LeBar.

(As per the sources, Kameron is denotated s/he.)