Updated On January 26, 2023 | Published By: Natalie | In controversy , History , Interesting Facts
Share this 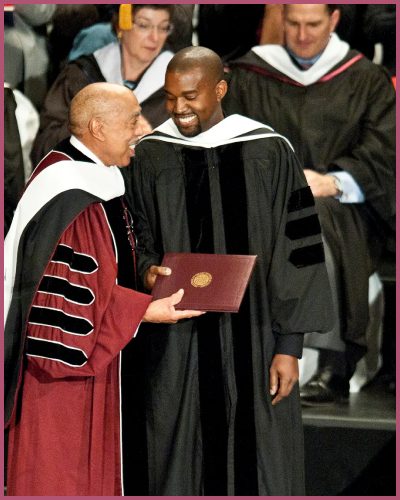 Kanye West is getting into more and more trouble every day.

In a recent letter issued by SAIC president Elissa Tenny on Thursday, he explained that the rapper “has exhibited disturbing behaviors and made dangerous statements that do not align with our community values.”

“anti-Black, antisemitic, and incendiary statements” are “disgusting and condemnable” and have been “painful for our entire community.”

Kanye received the honorary title in 2015 for his contribution to art and culture. But his recent actions and statements do not align with SAIC’s mission and values.

The school conducted a meeting with the Board of Governors and then decided to rescind the Grammy-winning artist’s degree.

“This was a difficult decision to make, and one that has been deliberated thoroughly,”

Also, Read Juliana Nalu and Kanye West Have Broken Up! Find Out Why the Model Chose to Part Ways with the Disgraced Rapper!

The school also notified that this action marks the first time in its 80-year history that a degree has been revoked.

“Though we firmly believe in the right to express a diversity of opinions and beliefs, the severity of his behavior made it clear that rescinding this honor was appropriate.”

Over the last month, the institution started facing great pressure from their students to revoke West’s degree. They even started an online petition urging for West’s credentials to be taken back which received more than 41,000 signatures.

Since October, the Yeezy founder has been making global headlines for all the wrong reasons especially his anti-Semitic comments on social media. It included a since-deleted tweet when the rapper said he would go death con 3 on Jewish people. He even praised Adolf Hitler which was met with an extreme public backlash.

Last Week, the Flashing Lights singer argued that Hitler was a good personality.

He also said that George Floyd died from fentanyl use and not by former officers’ force. Floyd lost his life after former officer Derek Chauvin knelt on his neck for more than nine months.

Amid his harmful remarks, many big companies like Adidas, Balenciaga, and Vogue have dropped their partnerships with Kanye. 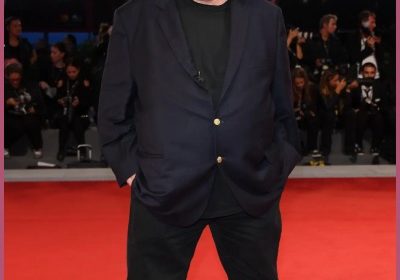