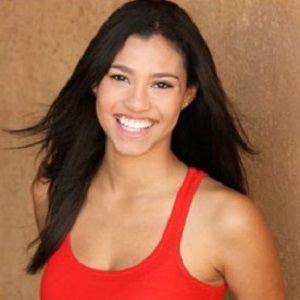 Cute and adorable, Kara is an unmarried woman. She has managed to keep her personal life so secret that nothing relating her past relationship is published. Currently, she is single and seems like she is sharpening her skills and mastery to pursue and to complete more dreams.

Who is Kara Royster?

Kara Royster is a young American actress. She is extremely prominent for her recurring role on different teen shows including “Hollywood Heights” and “Pretty Little Liars”. She is a hardworking person and has already made recognizable position in the entertainment field.

Kara was born to American parents on October 5, 1993, in Palm Beach Gardens, Florida, U.S.A. Her nationality is American and belongs to mixed (African, North-American, Irish) ethnicity.

Her father’s name is Jerry Royster and he is a basketball coach. She was raised up with her parents in Florida along with her older sister Kristie-Marie in a friendly and entertaining environment. She was highly interested in acting from the very early age and fell in love with it after watching her older sister on the stage.

After graduation, Kara started appearing in different advertisement and low rated films. She also did multiple photo shoots and appeared in different music videos. After struggling for several years, she made her big screen debut in the comedy Mono in the year 2015.  Kara was cast in the 2016 film “Mono” along with the vine star Jake Paul. Currently, she is preparing for her upcoming movies and also it is said that she will appear in T.V shows in the year 2018.

Despite being a recognizable actress, there are no radical rumors regarding Kara’s personal and professional life. It seems like she is doing her best job without harming others for which she hasn’t been a part of desperate controversy yet.

Kara has the height of 5 feet 10 inches. Her body weighs 59kg. She has black hair and dark brown eyes. Her body measurements are 34-27-36 inches.