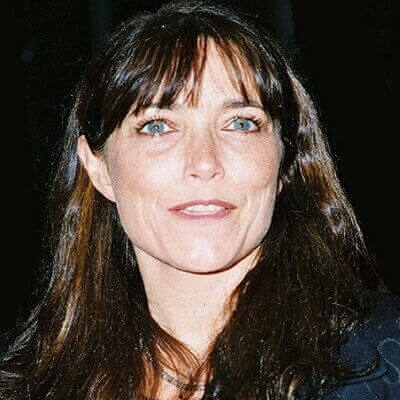 I've never done anything for money. My first love is things of limited commercial appeal. I could be happy doing Shakespeare for the rest of my life

Eventually you love people - friends or lovers - because of their flaws

If there are no other wonderful roles that come my way, I have a quite an interesting, dynamic life.

She was previously married to actor Kale Browne. Browne is an American actor famous for his works in ‘Till There Was You’, ‘Another World’, ‘Losin It’, etc. The couple exchanged wedding vows in 1988. From their relationship, the couple has a son named Nicholas who born in 1990. The couple divorced in 1998.

Following the birth of her son, Karen only accepted smaller roles in and films and TV to spend more time and focus on her son, Nicholas. He is now an accomplished chef and even won a Chopped competition on the Food Network which aired December 22, 2016.

Who is Karen Allen?

Karen Allen is an American stage and film actress. She is well-known for her works in Raiders of the Lost Ark, Indiana Jones and the Kingdom of the Crystal Skull, Starman, Scrooged, etc.

Karen Allen was born as Karen Jane Allen on October 5, 1951, in Carrollton, Illinois, USA. As of 2020, her age is 68. She was born to parents, Carroll Thompson Allen and Ruth Patricia Howell. Her father was an FBI agent whereas her mother was a university professor. She also has two sisters but has not revealed their identities.

Her father’s job as an agent meant she had to move with her family frequently to new places and schools. She revealed that even though her father spent time with the family, her family was a female-dominant one which shaped her to become the strong and independent woman she is today.

Her ethnicity is English, Irish, Scottish, and Welsh.

Talking about her education, she attended DuVal High School which is located in Lanham, Maryland. Following that, she moved to New York to study design and art at the Fashion Institute of Technology for a couple of years.

Moreover, she also attended George Washington University where she worked and performed with the experimental company, the Washington Theatre Laboratory. She learned acting in Shakespeare & Company and Lee Strasberg Theater Institute.

How much is Karen Allen Worth?

Karen Allen has an estimated net worth of around $10 million. There is no information about her salary. Raiders of the Lost Ark collected around $389.9 million and Indiana Jones and the Kingdom of the Crystal Skull collected $786.6 million.

In 1978, Karen Allen got her major film debut in ‘National Lampoon’s Animal House after which she caught the attention of Hollywood. In the next two years, she appeared in ‘The Wanderers'(1979) and ‘A Small Circle of Friends (1980).

Allen’s breakthrough role came in 1981 in the movie, ‘Raiders of the Lost Ark starring Harrison Ford. In the movie, she gave a memorable performance as the feisty heroine, Marion Ravenwood. For her performance, she earned a Saturn Award for Best Actress.

Following that, she appeared in ‘Split Image'(1982) and ‘Until September'(1984). In 1988, she portrayed Claire Phillips, Bill Murray’s long-lost love in the Christmas hit, ‘Scrooged‘. Similarly, she appeared in the movie, Challenger in 1990 as Christa McAuliffe.

In 2008, she reprised her best-known role of Marion in the 2008 sequel, ‘Indiana Jones and the Kingdom of the Crystal Skull‘. In the movie, her character renews her relationship with Indiana Jones and reveals that they have a son named Henry Jones III.

She has blonde hair and blue eyes.

The veteran actress has not been involved in any controversies. She has not done anything controversial in her long career as an actress in Hollywood and Broadway. Her works are appreciated by viewers and critics and she is a well-respected actress in the film industry. Similarly, there are no rumors about her.

You may also like to read the Bio, Career, Body Measurements, Net Worth, Relationships, and more about Annie Ilonzeh, Julianne Phillips, Delta Burke, and more.