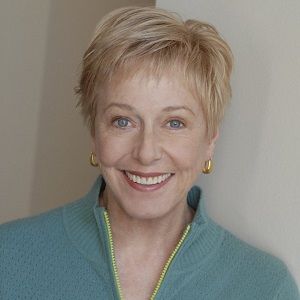 What is the relationship of Karen Grassle?

The 79-year-old American actress, Karen is married thrice in her life.

Previously, she was married to James Alan Radford on 25 April 1982. Together, they also welcomed a daughter Lily Radford. After being in a married relationship for several years, the couple separated.

Prior to him, she was married to Dr. Scott Sutherland. The couple tied their knot in 1991 after being in a relationship for some time. Although, they couldn’t carry their relationship further and divorced in 2000.

Her first husband was Leon Russom. The couple wed in 1964. The reports are that she quit the relationship after being married for four years.

Who is Karen Grassle?

Karen Grassle is an American actress.

Karen Grassle rose to prominence after appearing as Caroline Ingalls in the 1974 NBC television drama series Little House on the Prairie.

Furthermore, Karen Grassle has also appeared in several TV series such as Little House Years, Hotel, Little House: The Last Farewell, My Greatest Teacher, and a few others.

Karen was born on February 25, 1942, in Berkeley, California, USA. She is the daughter of Gene Grassle.

Talking about her nationality, she is American and her ethnicity is Caucasian. From the beginning of her childhood, she had a keen interest in acting and also began to learn from a very early age.

In which school did Karen Grassle attend?

Concerning her education, she completed her high school at Ventura High School in 1959.

Later in 1964, she completed her graduation from the University of California at Berkeley.

Furthermore, she appeared for eight seasons from 1974 to 1982. Later, she also starred in a couple of TV series such as Gunsmoke, The President’s Mistress, and Crisis in Mid-air.

In 1979, she again landed the role of Caroline Ingalls in Little House Years. Moreover, the legendary actress has also featured in a couple of films in 1983 such as Cocaine: One Man’s Seduction and Hotel.

Additionally, Karen has also appeared in a commercial for “Premier” bathrooms in 2009. Her recent works include Tales of Everyday Magic and My Greatest Teacher.

Recently in 2021, she played the role of Melody in the famous American drama film.

Adding up more info, in 2022 she won the title of Best Actress at the Leonid Khromov International Film festival.

As of now, she has won the TP de Oro award and Bronze Wrangler awards for her role in Little House on the Prairie.

Being a veteran actress, she earns a massive amount of money from her profession. Currently, she has a net worth of $500 thousand as of 2022.

Is Karen Grassle involved in any rumors and controversies?

Karen has a height of 5 ft 6 inches and her weight is unknown. Furthermore, she has a pair of gorgeous blue eyes and blonde hair.

Karen is not active on social media at all.