Karen Gravano is a reality TV actress who was on the VH1's TV series, MOB Wives.

Before that, she was dating a man named Storm. They started dating in 2013. The former couple was together till 2017. However, they broke up.

Prior to that, she was in a relationship with Lee D’Avanzo. They were in the relationship for long seven years. However, the fact was that Lee was the husband of her co-star, Drita D’Avanazo.

Karen also has a daughter with the name Karina along with her ex-fiance, David Seabrook. Till the date, she has not revealed any details of David. 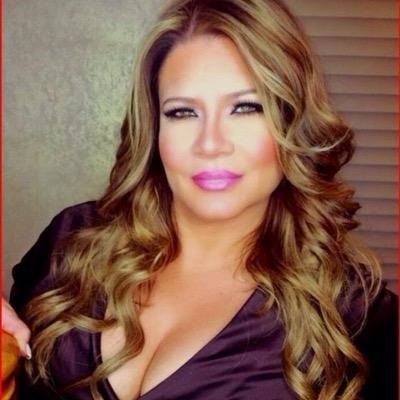 Who is Karen Gravano?

American Karen Gravano is a reality TV actress. She is renowned as a cast of the VH1’s TV series, MOB Wives.

Next, she will be appearing in MTV’s show, Families of the Mafia along with her father.

Also, she is the author of Mob Daughter: The Mafia, Sammy “The Bull” Gravano, and Me!

She was born on the 8th of May 1972 in Brooklyn, New York. She is the daughter of Sammy Gravano (father) and Debra Scibetta (mother). Sammy is the former underboss of the Gambino crime family.

She also has a brother, Gerard Gravano. Karen holds a British-Irish ethnicity.

Details about her academics are not available.

– At the age of 20, Karen Gravano started her career as a licensed beautician. Moving forwards, she started her own spa in Arizona.

– In 2011, she gained fame as a TV personality when she appeared as the main cast of the VH1 TV series, Mob Wives. The very first episode was aired on the 17th of April.

– She continued till the 3rd season till 2013. Later, she started appearing from the 5th season in the series.

– Moving forward in 2019, she was associated with the Mob-based TV series, Made in Staten Island along with her daughter, Karina Seabrook.

– Apart from that, she appeared in the TV series including Marriage Boot Camp: Reality Stars, Celebrity Page, and Love & Hip Hop.

– Next, in 2020, she will be appearing in the next series, Families of the Mafia.

Through her career as a reality TV star, she has made a net worth of $1 million. During the first season of the MOB wives, her earning per season was $50k.

Moving forwards to the third season, her earnings were increased to $150k.

Apart from that, she also makes through her spa and books too.

Till the date, she has not made ant sort of controversy that created a buzz in the media.

However, her reality TV series, Made in Staten Island created a buzz in the media when the series was off aired in the MTV just after the three episodes. At the time, Karen was the executive producer of the series.

Through Facebook Live, she told that show was not canceled and they are working on it. Also, she mentioned that the show needed more layers. However, the show has not returned the channel. Despite that, in MTV, she will be launching a new series based on the same background. i.e Families of the Mafia.

Karen Gravano is a brown-eyed brunette. Her height is 5 feet 7 inches and weighs around 70 kg. Her body measurement is 39-27-40.

You may also read the bio, age, education, career, net worth, salary, and controversy of Ray J, Hayley Hasselhoff, and
Chanelle Hayes.

Karen Gravano is going to star on Families of the Mafia! Know about her family, boyfriend, mob background