Karen Gravano is going to star on Families of the Mafia! Know about her family, boyfriend, mob background 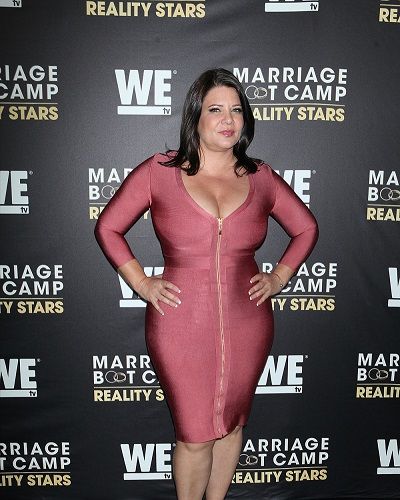 Karen is the daughter of Salvatore “Sammy the Bull” Gravano, a former underboss in the Gambino crime family who helped take down the Teflon Don, John Gotti.

Her father pleaded guilty to running a 50-person ecstasy ring and served over 17 years in prison. He was released early in September 2017.

In the first episode of Families of the Mafia, Sammy is released from prison, when Karen and Karina travel back to Arizona, where Sammy lives under supervised custody. Even though her parents are divorced.

Karen’s mom lives out West. But they are unsure of who is still holding grudges against them in New York, Karen’s family urges her to leave New York to be with them where it’s safer.

Sammy thinks that his daughter Karen and granddaughter Karina are in danger. Sammy said,

“In New York, there could be problems for you. If there’s a problem, call me.”

Also read Brandon Jenner states why family members were not waiting when Caitlyn Jenner got eliminated from the reality TV show!

It is not sure whether Karen is still in a relationship with Giovan or not. They don’t have pictures of each other on their social media pages, nor did they issue a statement about whether or not they were still dating.

“I think a big thing in our relationship is he was misunderstood. He’s very guarded because of television … he’s not a reality star; he didn’t want to be one,”

“So on Mob Wives he didn’t want to talk about the relationship and it came across like he was just rude and that’s very different than the way our relationship is at home.”

In the past, Karen was not happy with her family and was ashamed of her mob family background. Even though she wants to keep her daughter from getting mixed up in mafia activity, Gravano takes ownership of her family’s storied past.

Previously, she followed her father’s footsteps and the entire Gravano family was charged with mastermind[ing] an ecstasy ring that sold the drug from Arizona to New York in 2001.

She was 29 years old at that time and was responsible for the wire transfers of their drug-related transactions.

Likewise, she was also despised for her father’s decision to help authorities takedown “Dapper Don” John Gotti in 1991 in exchange for a plea deal.

After that, she avoided using the term mob in her life but now things have changed. She and her cousin opened a mob-themed Staten Island pizza joint called Pizza Nostra.

Shanna Moakler has a shocking weighloss! Know more about her weightloss journey
Tags : Families of the Mafia TV Star