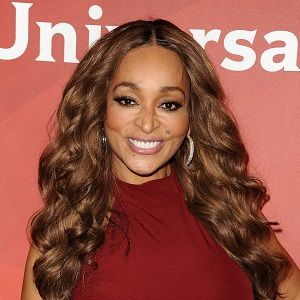 What is the relationship of Karen Huger?

Karen is a married woman. She is married to her longtime boyfriend, Raymond A Huger. Her marriage date and details are unknown. They also have two children, Rayvin Huger, and Brandon Huger. And they are spotted together at different functions and seems to have much love between them. The couple has a lavish lifestyle with their family now.

Who is Karen Huger?

Karen Huger is one of the popular reality television personalities. She was starred in ‘The Real Housewives of Potomac’. Moreover, she is also popular among people from her life stories and social etiquette. Huger is also an entrepreneur who has a passion for fashion and glamor.

Karen was born on May 3, 1963, in Virginia. She grew up on a farm in Virginia with her parents who taught her the value of work. Karen frankly says that she has survived a sexual assault. It happen when she was 19 yrs old. Karen has now forgiven the culprit and moved on with her life. She belongs to the African-American ethnicity. Her father’s name is Benjamin B. Wooden Jr. who just passed away due to Alzheimer’s disease. Her mother is also no more.

Karen receives graduation from the University of Virginia. Other information about her education is unknown.

Karen is the one who has her soft corner for charitable work. She is also seen involved in various charitable works. She is also brave enough as she speaks publicly about being sexually assaulted. Nowadays, she receives enough respect from others. She is also a part of a non-profit organization, Promoting Awareness/ Victim Empowerment (PAVE). The organization works against sexual violence and attempts to prevent it.

Moreover, she also appears on the show, The Real Housewives of Potomac. Likewise, she is also an ambitious businesswoman and just started her own company, Ikon Enterprises. The company specializes in several fashion products including hair, perfumes, and makeup. She is also more popular for being and throwing out various parties.

Though she has outstanding work and is appreciated by everyone, she hasn’t received any awards.

Karen Huger: Salary and Net Worth

The estimated net worth of Karen Huger is around $10 million as of 2022. Apart from being part of the famous show, the real housewives of Potomac she is an entrepreneur in the fashion brand, IKON enterprise.

Her husband is Raymond Huger who is also an entrepreneur in the world of technology whose net worth is about $40 million.

Rumors were spread that she was having Secret Boyfriend Named ‘Blue Eyes’ while she was doing Real Housewives of Potomac Reunion. However, she did not confirm anything about it. There are no controversies regarding her.

She stands at a height of 5 feet 7 inches and weighs 60 kg. She has naturally brown colored hair but dyes blonde. Likewise, she has black-colored eyes. Her shoe size and dress size are unknown.

Get to know more about one of the popular Canadian actresses, Ellen Page.