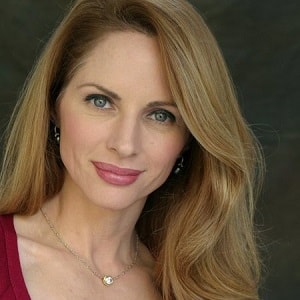 “When I look at the wildly innovative creativity that is in nature, I see how much this divine universe loves to play in new and fresh ways! Being playful allows me to be an open conduit for this unbounded, novel, ingenious divine, fun, effortless, exciting, and full of laughter and wisdom [energy]! Being playful makes everything easy. Being playful brings out the best in me and in everyone I encounter. I love embodying the essence of Lila! I love you!”

What is the relationship of Karen Witter?

Karen Witter married her boyfriend Chuck Lorre on 6 May 2001. They welcomed two children but they ended their relationship in 2010. She is currently living her single life.

Who is Karen Witter?

Karen Witter is an American model and actress. She is best known for her guest appearance on television. She was Playboy Magazine’s Playmate of the Month in March 1982.

She was born on December 13, 1961, in Long Beach, California, USA. Her birth name is Karen Rachel Witter. She holds American citizenship but her ethnicity is unknown. She has not revealed any information about her family or about her childhood.

She graduated from Long Beach Millikan High school and she attended the University of Hawaii in Honolulu. She joined pre-med in college and she studied the topic which emphasizes Psychobiology, the study of how thoughts and feelings from the brain affect the body. She took an acting class up in Hollywood while she was in college at UCI.

She was photographed by Arny Freytag for her centerfold in Playboy magazine and she became the magazine’s Playmate of the Month for March 1982. She made her appearance on the cover photo of March 1983 and in the December 1991 issue.

She was nominated for the 1991 Soap Opera Digest Award for her role as Tina Lord in the soap opera, ‘One Life to Live.

Karen Witter: Net Worth and Salary

There is no relevant information about her salary. As of 2022, she has an estimated net worth of $5 million.

She has not been involved in any rumors or controversies regarding her personal and professional life.

Karen loves to do yoga, acrobatics, and skip on the beach. She is super fit. Her body measurement is 35-23-33 inches. She has a height of 5 ft. 6 inches and she weighs 48 kg. She has blue eyes and blonde color hair.