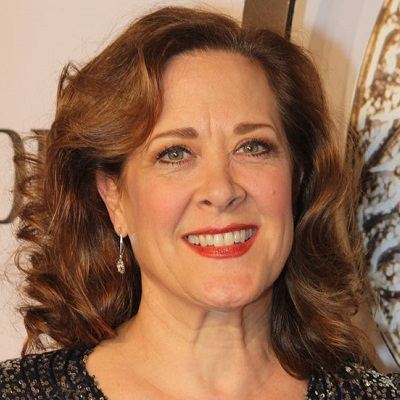 Karen Ziemba is married to the actor, Bill Tatum. The lovebirds first met when Ziemba was with the Equity Library Theater.

The first meeting soon created a connection between them. Soon they started exchanging letters to each other. Through the letter, they shared their feeling with each other. Eventually, they got married in 1984.

As of now, they have been married for more than three decades. With each passing moment, the love between them had gone increasing and increasing.

Who is Karen Ziemba?

American Karen Ziemba is a Tony Award-winning theater artist, singer, and dancer. She is renowned for the musical play, Contact.

Last, in 2018, she appeared in the TV series, Elementary as Dr. Amelia Furing.

She was born on the 12th of November 1957 in St. Joseph, Michigan. Her father, Oscar Ziemba, and mother, Barbara Marie Heidt-Ziemba were investment brokers by profession. They were of Polish ethnicity.

Her grandmother, Winifred Heidt was a famous star of the New York City Opera. In her days, she was renowned for her role as Carmen.

She graduated from North Farmington High School, Michigan. Later, she earned a bachelor’s degree from the University of Akron with Honors in Arts.

During her sophomore year of her university, she also joined The Ohio Ballet. There got an opportunity to learn from the choreographer Heinz Poll.

Professionally, Karen Ziemba started her career as a theatre artist with North Shore Music Theatre in Beverly, MA. Following that, she portrayed the character of Anita in West Side Story.

After that, she made her Broadway debut with the play, A Chorus Line as Diana Morales. Later, she appeared in the roles of Cassie, Maggie, and Bebe in the play as well. Rehearsing in the drama, she took over the lead role of Peggy Sawyer in 42ND STREET.

In 2000, she appeared in the drama, Contract. The play became one of the first milestones of her career. Moving forwards, she landed roles in many theatre plays. Some of her plays along with the years are-

Apart from the theatre, she is also a familiar face in the TV series too. Madam Secretary, Law & Order: Special Victims Unit and Nunsense are some of her series. However, her appearances in the series were minor appeared in the few episodes only.

Besides that, she appeared in the movie too. That includes her debut movie, The End of the Bar as Biscuit Lady, The Producers as First Nighter and The History of Future Folk as Tour Guide.

Apart from that, she also makes through her career as a singer and dancer too.

As of now, she has not been through any sorts of controversy and rumors that created a buzz in the media. Similar goes with the rumors too.

Karen Ziemba is a hazel-eyed brunette. Details regarding the height and weight are not available.

You may also read the bio, age, education, career, net worth, salary, controversy, and height of Kyla Pratt, Lea Thompson, and Sarah Silverman.