Kari Klikenborg is now a married woman. She has tied the knot with Ryan Anderson who is a popular basketball player.

They exchanged vows on 6 Aug 2017 and are still together. Now news about children is disclosed in the public. 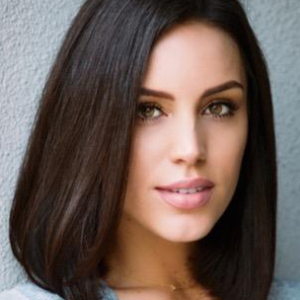 She is also probably best known as a former University of Florida Volleyball star player. Kari is a model as well.

Kari Klinkenborg was born in Colorado in 1986 to Sam and Lisa and was raised between Denver, Lowa, and California. Her nationality is American and her ethnicity is Caucasian.

Kari has three sisters. As a child, she was a Tomboy. She also rode horses and compete in sports with the boys. She was very active in sports. Kari said, “Since I was young, I have always been a huge planner and goal setter”. My mom taught me to be that way she really is my hero.

She graduated from the university in 2009 with a bachelor’s degree in telecommunications.

Kari graduated from Highland Ranch High School in the class of 2003 and was ranked 49th in the nation by prepvolleyball.com.

She was named All-Colorado by the Rocky Mountain News in2004 and she earned her first team all-state honors in2004.

She was heavily recruited and choose to attend the University of Florida on a full scholarship because of its great program, atmosphere and coaching staff.

Kari selected it over Hawaii-Southern California and Minnesota. Kari is a famous former University of Florida volleyball player.

Through high school, Kari had also modeled, appearing on magazine covers, including Campus Girls USA., CoverGirl, self, and Yoga Magazine.

Kari put acting and model on the shelf as she focused on her sport. An ankle injury, however, in her .junior year prevented her from competing.

Afterward, Kari Klinkenborg moved to Los Angeles to pursue modeling and acting. I always said after graduation I would go to L.A., it’s just something I had to do or I’d never be fulfilled. I worried that I’d always be left wondering what if.

Kari also became a Correspondent and spokesperson, when the National Volleyball Association was formed. She is also the founder of Feeding Soles, a project designed to help inner-city kids in need.

Kari Klinkenborg: Salary and Net Worth

There is no information about her salary and net worth but it looks like she is living a lavish life.

However, her husband has a net worth of $6 million from his successful career.

Kari Klinkenborg was rumored to be dating Terell Owens.

Kari Klinkenborg has a height of 6 feet. Her body weighs 62 kg.

She has dark brown hair and hazel eyes. Furthermore, her bra size is 34B.

Her dress size and shoe size is unknown. Besides these, her body measurements are 34-25-36 inches.