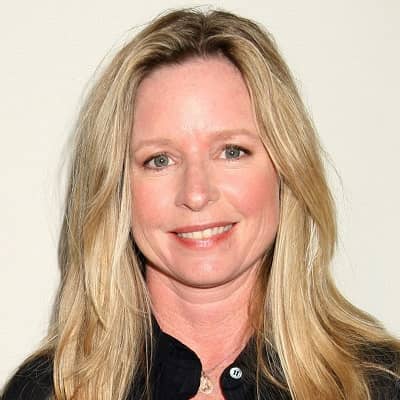 Kari Lizer is a divorced woman. Previously, she married Robert Romanus who is a famous actor and musician.

The couple exchange vows in 1994. Together, the pair has three children two sons and a daughter.

On August 6, 1995, the pair blessed with twin children a son named Elias Ramanos and a daughter named Annabel Romanos.

Their second son or third child named Dayton Romanus was born on the 5th of December in 1997. However, the couple isn’t together at the moment neither they had shared their separation details in the media.

Who is Kari Lizer?

Kari Lizer is widely known as an actress and filmmaker. She is best known for producing and writing the five-season, multi-Emmy-nominated sitcom, The New Adventures of Old Christine.

Kari was born on the 26th of August in 1961, in San Ramon, California, the U.S. Her full name is Kari  Suzanne Lizer. She holds an American nationality and she belongs of Caucasian descent.

Lizer has shared her parent’s pictures on her respective social media sites but hasn’t yet revealed their name. Her sibling’s information is also unknown at the moment.

Similarly, her academic details are also under the curtain.

Kari firstly started her career as an actress and she later pursues her career in filmmaking including directing, writing and producing. In 1981, she starred in the role of Cindy in the car chase film, Smokey Bites the Dust.

Similarly, she made an appearance in the teen comedy film, Private School where she cast in the role of Rita in 1983. The film features the personalities like Phoebe Cates, Betsy Russell, Matthew Modine, and more.

She worked as a producer and writer for the sixteen episodes of the sitcom television series, Maggie Winters from 1998 to 1999. Similarly, she is also the producer and writer of the ongoing show, Call Your Mother created by Kari Lizer that premiered on ABC on January 13, 2021.

Furthermore, she is the director of the 2019 television sitcom, Man with a Plan. Some of her notable film and television series are mention below in the table,

To date, Kari has not been part of any sorts of rumors and disputes that create headlines in the media. Also, she stays miles away from such controversial acts that could hamper her personal life and professional life.

Kari has earned an impressive amount of fortune throughout her multiple profession as an actress, director, writer, and producer. As of 2021, she has an estimated net worth of around $4 million.

However, her real estate, yearly income, and other assets are still under review.

The actress stands at the height of 5 feet 5 inches tall and her weight is around 58 kg. She has blonde hair color and a blue pair of eyes color. Further, her other body measurement is unavailable.