Actor Karimah Westbrook is low-key about her love affair.

Talking about her love life, Karimah Westbrook is presently single and she is not dating anyone at the moment. She might be focused on her career at the moment.

Moreover, Karimah seems to be private in nature and has not shared her things with the public and in media. She has kept her profile low-key. 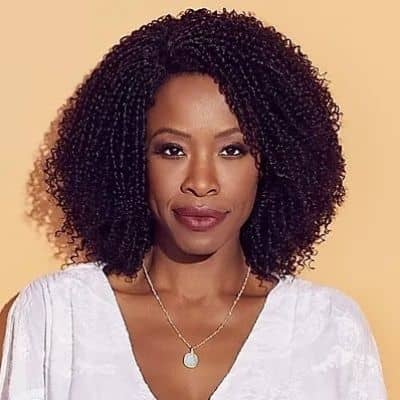 Who is Karimah Westbrook?

Karimah Westbrook is a well-recognized American actress. Westbrook is widely famed for her role as Grace James in The CW drama series, All American.

Moreover, she made her feature film debut in 2001 when she went to an audition and was selected to play Alyssas in the 2001 feature film Save the Last Dance.

Karimah Westbrook was born on 6 October 1978. At present, her age is 43 years old. Likewise, her birthplace is Chicago, Illinois, the USA.

Not much is known about her father and mother’s details, Karimah has been secretive about her family details. Moreover, she has two siblings whose information is still not available in the public.

Talking about her nationality, Westbrook holds an American identity whereas her ethnicity is African-American.

Regarding education, the actress studied at the American Academy of Dramatic Arts. Later, she started performing on screen and on stage. Earlier, she studied at a military school.

Professionally, Karimah started her acting career in the year 2000 making her appearance in an episode of the CBS medical drama, City of Angels.

She was later featured in the teen dance drama movie, Baadasssss! alongside Mario Van Peebles. She has also emerged as a guest star in many television shows such as Girlfriends, Mad Men, and Shameless.

Westbrook gained high recognition for her performance as Ginnie in the Sony Classics bio-pic, How to Get the Man’s Foot Outta Your Ass.

She learned to speak Mandarin Chinese when she worked opposite international film star Sylvia Chang in the award-winning festival hit, American Fusion(2005).

The talented star has also explored her skill in writing and producing. Her debut film production, a short drama named, Best kept Secret (2006), became a finalist in the Lens on Talent(2009) filmmakers competition.

The actress has featured in different independent films such as American Violet(2008) alongside Nicole Beharie and Alfre Woodard. She also performed in a supporting role in films, The Rum Diary(2011), Suburbicon(2017), and After We Collided(2020).

A talented American actress, Karimah has earned a decent amount of money from her profession. She has been active in her profession from the year 2000 till the present.

It is reported that Karimah Westbrook has an estimated net worth of $1.5 million as of 2022.

Karimah has never been part of any controversial matter or rumors till now. The star has been preoccupied with her professional and private life.

It seems that Westbrook prefers enjoying her personal life and does not want to merge it with her professional life.

42 years old celebrity, Karimah has gorgeous looks and an admirable personality. She stands at a height of 5 feet 7 inches.

Furthermore, Westbrook has black eyes whereas her hair is also black.

Regarding her social media presence, Karimah Westbrook is an active personality on social media. Karimah has more than 153k followers on her official Instagram account @only1karimah.

She is also active on Twitter with around 8.7k followers.

Moreover, Westbrook is also available on Facebook with nearly 5.6k fans and supporters.