Karissa Lee Staples is an actress, model, and beauty pageant titleholder from the United States. She is in a relationship.

Karissa Lee Staples is in a committed relationship with an actor Matthew Atkinson. Matthew is an actor and musician by profession.

The beautiful couple were together since 2016 and it’s been almost 5 years since they have been in a stable and happy relationship.

The duo met for the first time on the set of “Inspired to Kill”. They often shared each other pictures on their respective social media sites. 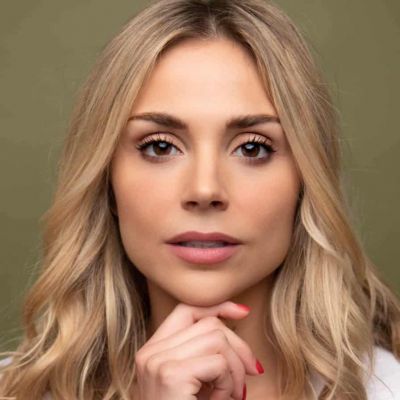 Who is Karissa Lee Staples?

Karissa Lee Staples is an actress, model, and beauty pageant titleholder from the United States.

She was the winner of the 2006 Miss Maine pageant and was the youngest contestant to compete in the 2007 Miss America pageant.

Karissa was born on the 1st of December 1987, in Biddeford, Maine, USA. According to her birth date, she is 34 years old. Her Sun sign is Sagittarius.

The name of his parents is Wayne Staples (father) and Diane Staples (mother). Further, her academic details are under the curtains at the moment.

She holds an American nationality whereas her ethnicity is unknown at the moment.

Karissa started her career as a model and later drifted into the acting field. In 2006, she won the Miss Maine pageant. She also modeled for Laura Dahl’s Spring collection.

In 2009, she got the main role in a featured film, I Hope They Serve Beer in Hell. She was also cast in the Broadway musical Hear Our Song.

Karissa guest-starred on 90210 in 2010 and also provided her voice in the video game The 3rd Birthday. She portrayed the role of Victoria Jagger in the Canadian TV sitcom What’s Up Warthogsl. Similarly, she was cast in the role of Paloma Madsen in USA Network’s “Necessary Roughness”.

Furthermore, she appeared as Sarah Dinsey in the Hulu comedy series, “Everyone is Doing Great” and Bonnie in the CBS drama, “S.W.A.T.”. Recently, she starred in the movie, His Secret message.

Karissa has managed to maintain a clean profile. She hasn’t been part of any sorts of rumors and controversy that create a huge buzz in the media.

Karissa has amassed an impressive amount of wealth throughout her acting career. She also engaged in other professional works such as advertisements, brands, and more.

However, she hasn’t yet disclosed her exact net worth, salary, and other earnings in the media.

The actress has a well-maintained body measurement. She stands at the height of 5 feet 7 inches tall and her weight is about 55 kg.

Likewise, she has a brown pair of eyes and her hair color is blonde.