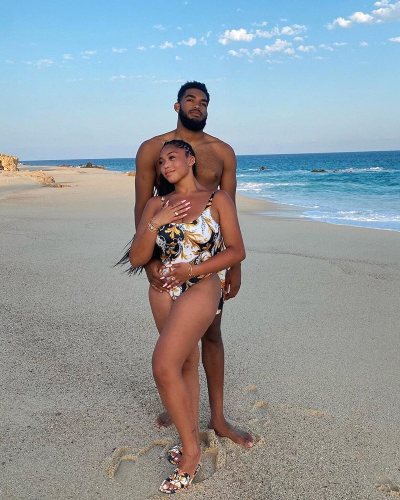 Karl-Anthony Towns and Jordyn Woods are head over heels for each other! They are grateful for the relationship they had before started dating. It has been contributing to make their relationship stronger. They turned their friendship into a romantic relationship over the course of the Covid-19 pandemic. The couple revealed through Instagram how their relationship has been going.

“Me and Jordyn met years ago knowing common people and just became friends. And ever since then, our relationship grew where we became more than friends. I’m not saying in that way, but just best friends. And then we started having a deeper relationship.”

They dealt with multiple issues like losing family members due to the pandemic. The hardships forced them to either pick being friends or something more. Jordyn used to refer to him as her brother and she never thought it could turn into such a beautiful romance. They had mutual respect for each other and never crossed the line before officially dating. Jordyn said,

Also read Jordyn Woods spotted with a new mystery man holding his hands after a night out in Los Angeles!

Their relationship has not always been as perfect as it is seen on social media. Rather they had their own problems and even considered breaking up. All the differences and arguments made them more close due to their communication. Their friendship history has been saving their relationship and made them able to handle things more maturely and in a better way.

Their relationship has been going strong and they completed one year of dating in May 2021. This September will be their one-year anniversary of going Instagram official.