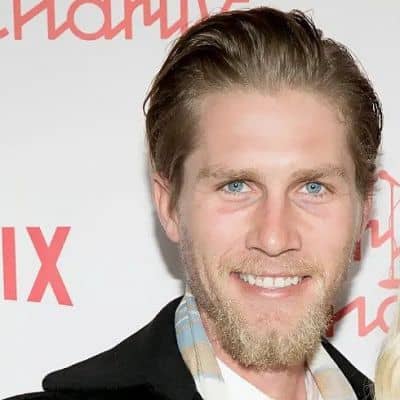 Who Is Karl Cook Currently Dating After Split With Kaley Cuoco?

According to the source, Karl Cook is currently single and is not dating anyone.

However, he has been in the limelight for being the former husband of actress, Kaley Cuoco.

On 30 June 2018, they shared marital vows. According to various reports, the duo started dating in 2016 after meeting for the first time in a horse exhibition in the same year.

Unfortunately, after three years of togetherness, they decided to end their union

Officially, the couple demises their marriage in the first week of September 2021.

Who is Karl Cook?

Moreover, he is better known for being the former and second husband of Kaley Cuoco, an actress.

Likewise, he belongs to the Caucasian ethnicity while his birth sign is Gemini.

Moving on to his family background, he was born to his father, Scott D. Cook, who is a billionaire, and his mother, Signe Ostby, is a professional horse rider. Likewise, he was brought up with siblings, a sister named, Annie Laurie Cook and a brother named, David Bryn Cook.

As per his academics, in 2012, he graduated from UCLA with a bachelor’s degree in business administration.

While Karl was eight years old, he got his first horse as a gift from his parents. Then, he was trained under the guidance of Graeme and Lu Thomas of Willow Tree Farm.

In the initial, Cook was an amateur rider. Following that, he took part in the USEF Olympic Selection Trials. He could not perform well so, he decided to work hard to make himself better.

Afterward, he partnered with Eric Navet, a French retired athlete, and moved back to Normandy, France in 2012 along with his horses. As he was not familiar with French it got him quite difficult at first. However, he went on to fulfill his dreams and in 2014, he won four titles of  Grand Prix wins with horses Jonkheer Z and Basimodo.

In 2007 and 2008, he became the winner of the FEI North American Junior Young Rider Championship twice. Following that he registered SmarkPak Grand Prix, UlrOz Jumper, and Card Flex Grand Prix wins in 2016.

Even though being a competitive rider, Karl has also an interest in equine sports medicine research. He even shared that he loves to compete in non-traditional clothes rather than in riding attire.

How Much Is Karl Cook’s Net worth And Salary?

As Karl Cook makes a great amount of money each month as an expert equestrian, he lives a lavish lifestyle.

Is Karl Cook Involved In Rumors Or Controversies?

As a famous businessman and equestrian, Cook has maintained a low-key profile, that has not engaged him in any serious rumors and controversies.

Being a tall guy, Karl Cook stands at the height of 6 feet 2 inches while he weighs around 70 Kg. In addition, his body dimensions include 41 inches chest size, 31 inches waist size, and 35 inches hips size.

Moreover, the entrepreneur has brown hair and a pair of blue eyes along with a light skin tone.