DeVito is a married woman. She is married to Robby Benson. He is an actor, director, singer, and also a teacher.

The couple married on July 11, 1982. They welcome their first child daughter Lyric Benson in 1983. She has also established her career as an actress.

And their son  Zephyr Harris Benson in 1992. He is an American actor and director now. 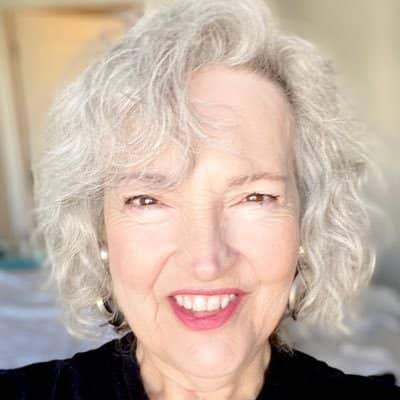 Who is Karla DeVito?

Karla DeVito is an American actress and singer. The rock singer is best known for her solo album Is This a Cool World or What and also Wake ‘Em Up in Tokyo.

The singer was born on May 29, 1953, in Mokena, Illinois. She then grew up in a small farming town 35 miles southwest of Chicago.

She doesn’t seem to have any siblings. DeVito belongs to American nationality and is of Italian and American descent.

DeVito has his schooling at Willow Crest Grade School in Mokena, Illinois. Then he studied Lincoln-Way High School in New Lenox, Illinois.

She has her major in theater from Loyola University Chicago. Moreover, In 1971–72, Karla also studied with Jo Forsberg at Second City Company in Chicago. She was part of the Second City Children’s theatre group.

The artist began her career by joining the national company of Godspell in 1972. No sooner, she was the lead singer of the band Orchestra Luna.

DeVito is mostly known for her stage work in 1977. She has performed with the singer Meat Loaf on the “Bat Out of Hell”. They also have gone on the world tour for the album by Jim Steinman. She released her first debut solo album, Is This a Cool World or What? in 1981. It was released by CBS/Epic.

In 1981, DeVito receives the female lead in Gilbert & Sullivan’s satirical opera “The Pirates of Penzance” on Broadway. There she met her husband Robby Benson was the male leas cast opposite her.

The singer also become one of MTV’s first video stars. Along with Robby, she wrote songs. Then her second album, Wake ‘Em Up in Tokyo was released in 1986 by A&M.

It was in the year 1990, the couple co-starred in the movie, Modern Love together. After that, DeVito has been working as a singer. She has worked for various albums of other recording artists.

DeVito has also several guest appearances in different TV series and stage works. Just in 2006, she contributed vocals to Meat Loaf’s Braver Than We Are.

As of 2022, DeVito has amassed a net worth of around $2 million from her career. She earns from her albums, music tours, and her performances. However, her earnings derails are not available right now.

Talking about her husband Robby, he also possesses a net worth of around $2 Million.

The singer has always focused on her career and doesn’t get involved in any other controversial activities in the media. Similarly, she hasn’t faced any such rumors also.

The singer seems to have an average height and weight. However, their details are not known.

Still, in her late 60s, she looks beautiful with her silver-blonde hair and brown eyes.