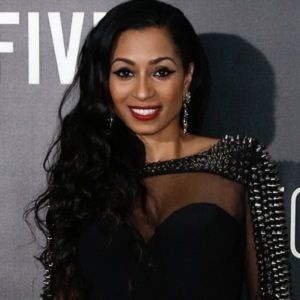 Is Karlie Redd a divorced women

Karlie Redd has been in relationships with Lyfe Jennings, Yung Joc, and Benzino.

Apparently, according to a court document that surfaced on Street Diary of a Hollywood Street King Karlie has a 20-year-old daughter named Jazmine Lewis by a former kingpin named Nate Hill who is serving a lifetime prison sentence. The report also claims that Jazmin is a student at Clark Atlanta University.

She was dating Ceaser Emanuel in March 2017. But they are not separated. She then married Maurice Fayne aka Arkansas Mo for a short time.

Her ex-husband is arrested in May 2020 on the charge of fraud.

Who is Karlie Redd?

Karlie Redd is an American television personality, hip-hop artist, and actress. She is best known to be part of the main cast of the VH1 reality show Love & Hip Hop: Atlanta.

Redd was born as Keisha Lewis on April 20, 1966, in New York City, New York, the United States of  America. Her nationality is American and her ethnicity is Afro-American.

Other than her date of birth and place of birth, nothing much info is known about Karlie to the mainstream media to date.

This includes the info on the whereabouts of her parents, siblings, early childhood days, teenage days, etc.

Redd spent much of her childhood in Trinidad and returned to attend The Harlem School of the Arts and Alvin Ailey American Dance Theater. She is a college graduate.

Karlie Redd was first seen in How to Marry a Billionaire: A Christmas Tale, in 2000.

In 2001, she appeared in Black Spring Break 2, Kate Brasher, 18 Wheels of Justice, and Lucyfire: The Pain Song. She next directed Something in Common, in 2005.

In 2008, she played in Zane’s Sex Chronicles. It was followed by Scream Queens and Hip-Hop Headstrong in 2010.

In 2012 she was cast in the spin-off VH1 reality show, Love & Hip Hop: Atlanta. The show aired from 2012-2017. That same year, she also appeared on Big Morning Buzz Live and Totally Packaged.

Redd next appeared in Knifed Up and Top Five in 2014. From 2014-16, she also appeared in the TV series K.Michelle: My Life. Love & Hip Hop, The Playboy Morning Show, and Love & Hip Hop Atlanta: After Party Live! followed next in 2015.

In 2016, Redd appeared in the movie My Side Piece, as Susan. The same year, she also appeared in the TV series Saints & Sinners, as Paige Morris. She has appeared in its five episodes till 2017. Her next project is We Are Family, which is in post-production and slated to be released in 2017.

In the summer of 2012, Karlie launched the Redd Remy Hairline Karlie Redd. In July 2012, Karlie released her debut single, “A Girl Has Needs” on iTunes.

She has a net worth of $1.2 million but her salary is not revealed yet.

Much of the rumors and controversies regarding Karlie are related to relationship matters. She has been rumored to be in a relationship with many singers.

Karlie Redd has black hair color and her eye color is also black. She has a height of 5 ft 2 inches.

There is no information about her weight, shoe size, and dress size.

Karlie Redd and Mo Fayne get a quicky divorce!!!