Famous American multimedia journalist who is best recognized for her reporting of crime scenes, the court beat, and community news. 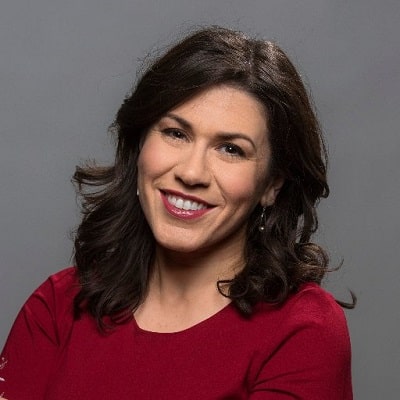 What's going to be really interesting is how Democrats try to hold him to account for the public statements he made about the Mueller Report.

Karoun Demirjian is currently living her single life. Also, there is no rumor heard about her past relationship and affair. Karoun is currently busy on her career and hope, she will find the perfect one very soon.

Who is Karoun Demirjian?

Karoun Demirjian is a famous American multimedia journalist who is best recognized for her reporting of crime scenes, the court beat, and community news who currently works as a Defense and Foreign Policy reporter at one of the major American daily newspapers, The Washington Post.

She was born on 28th April 1981, in Boston, the United States of America. Her birth sign is Taurus.

She was born to Karen Demirjian (mother) but information about her father is not available. Further, her mother was an assistant organist and a long-time member of St Stephen’s Church Choir in Watertown, Massachusetts.

Karoun holds American citizenship but her ethnicity is unknown.

She achieved her two degrees in history and international law in the Boston area.

After that, she achieved a Bachelor’s in History at Harvard University in Cambridge, Massachusetts and sang in Harvard College Opera for several years and was its Treasurer during her senior year, and she was a contributing writer for the Harvard Crimson in the year 2003.

Karoun won the first internship and producing a job at National Public Radio’s All Things Considered; she stayed there for three years, from 2003–2006. She holds a master’s degree in International Law from the Fletcher School of Law and Diplomacy in Medford, Massachusetts.

She immediately freelanced and wrote for The Christian Science Monitor after completing her education. She worked for the Congressional Quarterly from 2008 to 2009 and later, worked for the United Nations as an author on various critical issues.

Some of them are emerging democracies, peacekeeping operations, and disaster relief. She was a stringer in Israel, the West Bank, and the Gaza Strip for the Associated Press in 2010.

In addition, she has worked for magazines, and newspapers as a freelancer. As the Las Vegas Sun’s correspondent, Karoun has covered Nevada congressional delegation, the federal courts, Senate Majority Leader Harry Reid, the economy, and so on.

Moreover, she started working for the prestigious newspaper, The Washington Post as a freelancer in 2015. As a freelance reporter of the press, Karoun has covered issues related to defense and foreign policy. Likewise, she is regarded as a successful journalist who has worked as a freelancer for numerous newspapers and magazines.

Karoun won a Fulbright Fellowship in Jordan, a Paul Miller Fellowship from the National Press Foundation (2013–2014) an Alfa Fellowship in Russia (2014–2015), and an Arthur F Burns Fellowship in Germany and a Scripps Immigration Fellowship – each from the International Center for Journalists, and has served on the board of directors (2011–2014) of the national Regional Reporters Association.

Further, Karoun’s articles also won and came in as runner up for the Washington Press Club Foundation’s David Lynch memorial award in the year 2012, 2013, as well as in 2014, and her video packages have appeared on the paper’s prize-winning website.

She has an estimated net worth of around $200k and she has earned that sum of money from her professional career. According to some online resources, a reporter of The Washington Post earns an average salary of $60k per annum.

The gorgeous Karoun has beautiful black eyes and dark brown hair. Also, she has maintained her weight and has an average height of 5 ft. 4 inches.