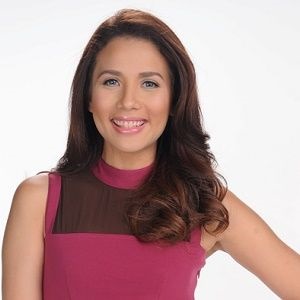 It seems both of them are focussing on their career. Furthermore, they are planning to have a baby.

She was born on March 22, 1981, in  Manila, the Philippines as Ana Karylle Padilla Tatlonghari.

Her father is a Dr. Modesto Tatlonghari, a good and famous dentist and her mother is a Zsa Zsa Padilla, famous actress and singer. After her parents got separated, her father raised her.  She has two siblings.

She was fond of acting and singing from her early age.

During grade school, she completed her elementary and secondary education, notably in O.B. Montessori Center – Greenhills.

After that,  she finished high school with a Service Medal for extra-curricular and volunteer works and she took up B.S. Management major in Communications Technology Management in college, at the Ateneo de Manila University, where she made to the Dean’s list and graduated in the year 2002.

She started her career from the music Time to Shine from Universal Records with the dance single “Can’t Live Without You”. On 2005, the second album entitled You Make Me Sing performs very well as expected.

Furthermore, she released her third album Time for Letting Go under a new recording company Polyeast Records three years later. In 2011, Her fourth album, Roadtrip becomes her turning point in his life. On  November 2013, Another album of Karylle, her 5th which is simply entitled K was launched. In February 2016, Her latest and sixth album entitled A Different Playground was launched.

In 2002 Ang Agimat as Maria Makiling, Karylle’s first appearance on a movie was for a cameo role in Imus Productions’ Metro Manila Filmfest entry. Her popular movies are  Mano Po 2: My Home and Mano Po 3: My Love where she played Chinese.

Moreover, she landed the role of Cinderella in Rodgers and Hammerstein’s Cinderella along with Christian Bautista as Prince Christophe in 2013. As well as, she took a short break on local television to shoot a new International TV series Private Investigator in Singapore. she played the role of a pole dancer, named Maia in 2016.

She has won Awit Awards for Best Performance by a Duet in 2003, Metro Manila Film Festival for Best Theme Song in 2004, Yahoo! OMG Awards 2014 for female tv host.

Besides, she has got Star Cinema Awards for the favorite fandom of the year in 2015. As well as, Women’s Journal for Outstanding Woman of the Year in 2017.

When she was performing on stage in concert along with Yeng Constantino, Arnel Pineda, and Vina Morales during the Boracay episode of musical variety show “ASAP XV” last March 21. Additionally, the people posted negative things on social media which became the cause of controversy.

She earns a huge amount of salary and has a high profile of net worth but has not been disclosed to the media or public.

She is beautiful with dark brown hair and with brown eyes.