Kasey Kahne is currently in a relationship with Samantha Sheets. The pair has a son Tanner who was born on October 13, 2015.

Neither of them has spoken regarding the future of this relationship. 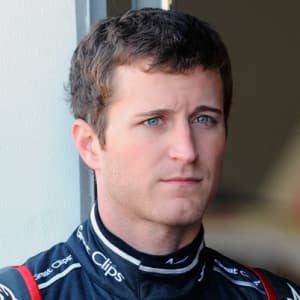 Anyone who questions my commitment, doesn't know me

I finally crashed. I drove like an idiot all day

If people are going to run you over for no reason and think they're going to get away with it, you just go out there and ruin their day, too. That's they way I feel.

Who is Kasey Kahne?

Kasey Kahne is an American former professional stock car racing driver. Additionally, he is a member of the President’s Council on Service and Civic Participation.

He owns the race team, Kasey Kahne Racing. The team competes in the World of Outlaws series. Throughout his career, Kasey has 18 wins to his name in the Cup Series.

Kahne was born as Kasey Kenneth Kahne in Enumclaw, Washington on April 10, 1980. He was born to parents Tammy and Kelly Kahne.

Additionally, he developed a keen interest in racing in his childhood years. He is of American nationality. Furthermore, there are no details available about his ethnicity at present.

Kahne began his racing career at Deming Speedway at the age of 17. Later, he moved to USAC. Eventually, he was hired by Steve Lewis. Kahne made 20 starts in the Busch Series in 2002.

His first pole win came at Michigan International Speedway. Soon, he became a USAC Midget champion. Additionally, in 2004, it was announced that he would be replacing Awesome Bill Elliott. In the 2011 season, Kasey finished in 14th position.

Kahne finished the 2012 season in fourth place with 2 wins, 4 poles, 12 top-five finishes, and 19 top-ten finishes. In 2018, he announced that he will step away from full-time competition.

Apart from this career in racing, Kahne was also featured in the premiere episode of the 2006 Biography Channel series ‘Driven to Win’. Additionally, he also made an appearance in Eric Church’s ‘Smoke a Little Smoke’.

Kahne won the NASCAR Rookie of the Year and also the 2004 NASCAR Nextel Cup Series.

Kahne has not revealed his current salary. However, he has an estimated net worth of around $5 million at present.

Kahne made the news in 2018 after there were several rumors which suggested that he might be retiring from racing. This was later confirmed.

Additionally, he became part of a controversy after he tweeted against breastfeeding in December 2011. At present, there are no rumors concerning his life and career.

Talking about his body measurement, Kahne has a height of 5 feet 9 inches (1.75 m). Additionally, he weighs around 66 kg.

Also know more about the early life, career, net worth, relationships, and controversies of other car racing drivers like Matt Kenseth, and Tony Stewart.