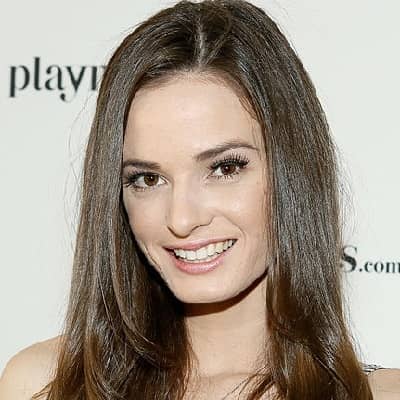 She doesn’t normally share about her love life and keep it on a low profile. The model may be single or maybe isn’t open about her relationship in the media.

Who is Kassie Lyn Logsdon?

Kassie is a popular model, actress, and also an artist. She is recognized as the Playboy Playmate of the Month for May 2010.

This model has appeared in various other magazines and also in Tv series, Chocolate Milk series and Playboy’s Beach House.

Kassie was born on January 6, 1987, in Hollywood, California, United States of America.

She grew up in a small town in the mountains of Southern California. The information about her father and mother is unknown.

Kassie belongs to American nationality and is of English ethnicity. She has her education from Rim of the World High School.

After completing her education, Kassie Lyn Logsdon started her career in modeling from the year of 2009.

Heather Rae Young, Miss Feb 2010 insisted on her to pose for Playboy if she was interested. She gave her shoots and after a few, she was Playboy Playmate of the Month for May 2010.

She has continued to work with Playboy hosting parties and attending events, even donning the infamous purple bunny suit. The model has then featured in two other popular Playboy pictorials; Camp Playboy and Splendor in the Grass. All three pictorials she was featured in have been published internationally.

Further, Kassie has also appeared in the TV series. She works for the Chocolate Milk series and Playboy’s Beach House.

Although modeling is her passion, Kassie also has her love in art. She is quite talented with clay or a sewing machine and painting.

She mainly paints characters and landscapes but occasionally goes abstract. Her paintings have been sold all over the country and can be purchased online on her website.

Her net worth isn’t disclosed yet, but being a successful model she must have good earning.

She also earns from her arts and painting, she sells from her website.

As of now, she has maintained her dignity as and model and is far from all these rumors and scandals.

Also, get to know the bio of other models like Cassey Ho, Anja Rubik, Shannon Ray, and Kenda Perez.