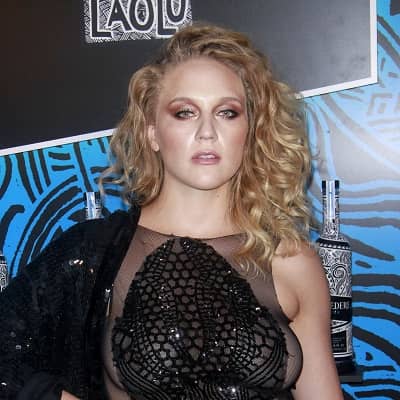 As the dancer in me remembered how the notes did leaps and turns and sometimes flails out of my mouth, I realized that art and love both require bravery.

Kat Cunning is currently possibly single. She has not disclosed her relationship and affair.

She came out as gay when she was in college. Her father was very supportive of her every decision.

Who is Kat Cunning?

Kat Cunning is an American dancer, musician, model, and actress. She is best known for her songs like Baby, and Stay on the Line.

This actress was born on 12 November 1992, in Oregon, the US with a birth name Katrina Cunningham.

Her parents got divorced when Kat was 12 years old and her mother came out as gay. She used to live with her dad.

Her father used to sing in a church and she used to watch him. At a young age, she went to Arts school. Cunning earned a Bachelor’s degree in Fine Arts from the State University of New York at Purchase.

She belongs to Caucasian descent.

Kat Cunning started her career as a dancer. At the age of three, Kat started doing ballerina. She joined the Conservatory of Dance at Purchase College, where she learned the dance in different art forms.

The very first use of her voice was when she started taking part in spoken poetry at the time of post-graduated which later turned into singing.

Afterward, she appeared in Company XIV‘s song Rococo Rouge and Nutcracker Rouge, from which she caught public attention. The New York Times praised her for her sultry voice.

She identifies herself as a ‘queer’ and says that her music is inspired by her both personal and political views. Cunning is a talented photographer and loves shooting portraits.

She performed with Company XIV in Baroque-Burlesque Operas. In 2017, she released her songs Baby and Wild Poppies from which Kat got huge popularity and praises.

Afterward in 2018, this singer released Stay on the Line and Make You Say. The next year, she released few songs including King of Shadow, EVE, and For the Love. Later, in 2020, she released Broken Heart, Birds, and Supernova.

Supernova was loved by critics and was a hit. King of Shadow and Birds were songs sung by Kat for Netflix’s original drama ‘Trinkets’.

Cunning made her acting debut with an HBO’s drama television series The Deuce season 2. Afterward, she starred as Sabine in Netflix’s teen drama Trinkets in 2019. Recently, she covered Alexi Murdoch’s song Orange Sky for the Hulu adaptation.

Meanwhile, according to some sources, she has an estimated net worth of $1 million.