Posted by MarriedBiography Posted on May 14, 2021 | In Dating , Married , Relationship
Share this 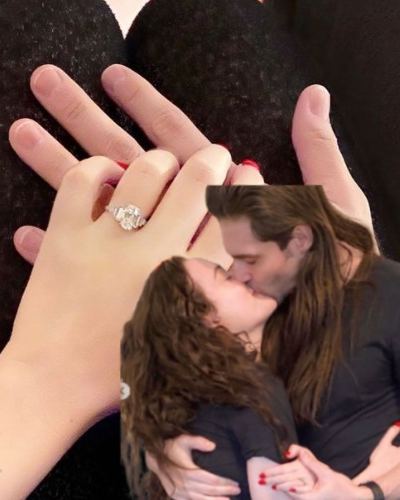 Kat Dennings and Musician Andrew W.K. shocked their fans after they went Instagram official. The couple shared an exclusive picture of the couple on their social media. Just after a week after getting “Insta-official”, Dennings shared an adorable picture of her hand with a ring on it. The musician proposed to Dennings after their whirlwind romance in LA.

The American actress shared a series of pictures flaunting her engagement ring. She shared a picture of her and while holding the hand of the rock star. Dennings shared the series of pictures with the couple kissing each other and showing the ring. On the caption, she wrote:

On the shared pictures, the couple held hands, shared a kiss and Dennings shared the picture of her ring. On the other hand, he shared glamorous red carpet footage of his fiance on his Instagram stories. Four days before he went down on a knee, she wished him on his birthday. It was almost a week after she shared a picture of the musician kissing her on the forehead and she was pouting looking at the camera. The couple officially debuted on each other’s Instagram with the picture.

Previous relationships of the couple

Before Andrew, Dennings dated Josh Groban for two years. Her co-stars Beth Behrs introduced the former couple for the first time. Meanwhile, they parted their ways with a mutual decision after two years. On the other hand, Andrew was previously married to a musician, Cherie Lily in 2008. As per the press meet release, the pair “began amicable divorce proceedings in late 2019.”

In 2014, Dennings showed her interest in W.K. Transparent after he made a tweet on his account. Afterward, in April, she gave a hint about her new boyfriend on her Twitter account. Alongside the screenshots, she wrote a caption which says:

“me on my vaccinated walks,”

The fans started getting hints after the rockstar replied with a red heart emoji. The fans may soon hear about the announcement of the couple’s big day.

Kat Dennings is an American actress. She made her acting debut in an episode of the HBO dramedy series ‘Sex and the City. Additionally, she starred alongside Beth Behrs in the CBS sitcom ‘2 Broke Girls. Kat began her career in commercials at the age of 10. She initially appeared in an ad for potato chips. After appearing in HBO’s ‘Sex and the City, she starred on the short-lived WB sitcom ‘Raising Dad’ from 2001 to 2002 as Sarah. See more bio…