Reflecting on her romantic life, Katrina Jackson is currently dating her long-time boyfriend, Jamie Collins Sr. He is an American football linebacker who plays for the New England Patriots (NFL).

Firstly, in July 2020, Kat introduce Jaime on her Instagram. Kat was sitting on Jamie’s lap and tattooing him in the picture.

Then, in March 2021, she shared her maternity photos. Though the couple is not married yet, they have two sons. The name of her first baby boy is not known while her second baby, Jackson Frederick Collins, was born on June 6, 2021.

Therefore, the couple seemed to be very happy with each other and shared a lovely bond. 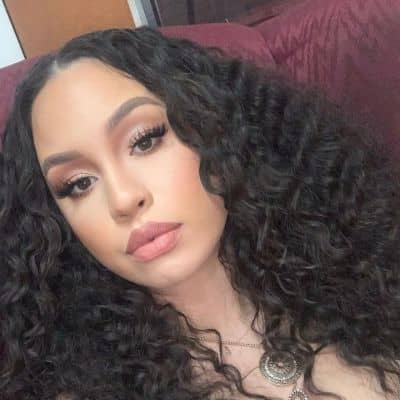 Who is Kat Tat Katrina Jackson?

She is famous for her appearance in the reality show, Black Ink Crew: Chicago a spin-off of Black ink Crew: New York.

The reality tv star was born on May 17, 1991, in Chicago, Illinois, United States. As of 2022, she is 31 years old and holds American citizenship. She is of mixed ethnicity and according to the astrologers, her birth zodiac sign is Taurus.

She was born to her father, Ken Jackson, and mother, Katheleen Edgerton. Her father is of African-American descent while her mother is of Korean-American ethnicity. Later, they separated due to personal issues.

Talking about her siblings, She has two older brothers named, James and Kenny.

As per her academics, She completed her schooling at one of the local high schools and later graduated from the public US State University where she earned her bachelor’s Degree.

In 2015, he made his appearance in the reality TV show, Black Ink Crew: Chicago as the main cast.

The show is based on the daily operations and staff drama that takes place at the tattoo shop, 9MAG located in Chicago. Last, in 2020, the show completed its sixth season. On October 4, 2021, the seventh season of the show premiered.

After the third season, she left the show and started her own tattoo shop based in Los Angeles.

Apart from that, she has appeared in Dark Ink Team: Chicago, which aired on Vh1 in 2016.

During an interview with ESSENCE, in August 2022, Katrina Jackson shared how leaving the reality show, led to the production of her own and the establishment of a Tattoo shop, named, Engima Tattoo which is in Beverly Hills.

In addition, according to Deadline, her journey from a tv star to a tattoo shop owner will be plotted in the latest installment of the Black Ink Lineup.

As of 2022, the Black Ink Crew: Chicago star has a net worth of about $1 million dollars. This is her outcome as a reality TV star and a tattoo artist.

The beautiful tattoo artist has a charming personality. She is 6 feet 2 inches tall and weighs average.

As a tattoo artist, she has inked herself all over her body with a skull on her thighs and upper arm covered with an angel to mention a few.