Kate Beckinsale is an Underworld famed American actress. She played the role of a vampire in the movie. Kate Beckinsale has been dating guys who are one or two decades younger than her.

She was dating an American comedian and actor Pete Davidson. In March 2019, the couple revealed their affair publicly by sharing a kiss at New York Rangers hockey game. They were first seen together in January 2019, during the Golden Globes.

Previously, she dated Matt Rife. He is a television personality and comedian. Her boyfriend, Matt is 22 years younger than her.

Prior, she had an affair with Edmund Moriarty in the year 1992 and separated in 1993.

She was dating Michael Sheen for eight years between 1995 and 2003. The couple has a daughter named Lily Mo Sheen born in London but they never got married. 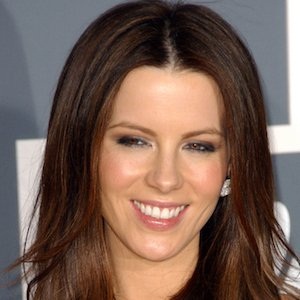 Someone once said that you can make the choice between getting old and getting creepy, and I think getting old is the way to go.

Who is Kate Beckinsale?

Kate Beckinsale is a British actress. In the late 1990s she started looking for film roles in the US, and after appearing in small-budget dramas The Last Days of Disco and Brokedown Palace, Kate had the break-out year in 2001 as she got starring roles in Pearl Harbor, a war drama, and Serendipity, a romantic comedy.

Kate was born on 26 July 1973, in Chiswick, London, United Kingdom. Her nationality is British and her ethnicity is mixed(Burmese and English).

Her birth name is Kathrin Romary Beckinsale. She lived in London for the major part of her life. Her mother, Judy Loe worked as an actress in many British sitcoms and dramas and her father, Richard Beckinsale, born in Nottingham, England, appeared in numerous comedies on British television during the 1970s before his tragic death at age 31 in 1979.

At the age of five, she lost her young father. Her mother later moved in with Roy Battersby and Beckinsale grew up with his children maintaining a strong bond with her stepfather. Beckinsale got her education at a private school for girls in London – Godolphin and Latymer School.

During her teen years, she won the WH Smith Young Writers’ competition twice for short stories and poems.

Beckinsale studied A-levels in Russian, German and French literature at New College, Oxford, but did not complete the degree course. After turbulent adolescence of experiencing nervous breakdowns, anorexia and undergoing Freudian psychoanalysis, she gradually began her acting profession.

Kate started her most notable acting debut in a television serial on the Second World War named One Against The Wind (1991). The 1.7-meter tall actress got a big break in Much Ado About Nothing (1993) of William Shakespeare – a film adaptation by Kenneth Branagh.

Kate appeared on the Cold Comfort Farm (1995) on BBC Television. In 1995 she toured England with Anton Chekhov’s The Seagull, performed by the Thelma Holts Theatre Company. In the same year, she was seen in Haunted (1995), opposite John Gielgud and Aidan Quinn.

In 1996 she returned to the silver screen with Jane Austen’s Emma (1996) – a production of British ITV. After moving to New York with her boyfriend, Beckinsale auditioned for several Hollywood films.

In 1998, she was seen in ‘The Last Days of Disco’ and her role was applauded.

‘Pearl Harbor’, released in 2001 gave her the much-deserved fame and adoration from the masses. Even though the critics panned the film, it became commercially successful. The same year, she appeared in ‘Serendipity’ and was again praised for her performance.

In 2003, she became famous as an action star for her role in ‘Underworld’. This year, she was also seen in ‘Tiptoes’.

In 2004, she was seen in the hugely successful film ‘Van Helsing’. She followed this up with her role in ‘The Aviator’.

In 2006, she was seen in the vampire sequel ‘Underworld: Evolution. She was also seen with Adam Sandler in the movie ‘Click’.

In 2007, she was seen in ‘Snow Angels’, receiving rave reviews. She was also seen in ‘Vacancy’ which was commercially successful.

In 2008, she was seen in films like ‘Winged Creatures’ and ‘Nothing but the Truth’ both of which won her critical praise and commercial success.

In 2009, she was seen in ‘Whiteout’ and ‘Everybody’s Fine. She also did a cameo in ‘Underworld: Rise of the Lycans’.

Beckinsale won the Best Actress award at the Sitges-Catalonian International Film Festival for her role in ‘Shooting Fish’ in 1997.

She won the British Supporting Actress of the Year at the London Critics Circle Film Awards for her role in ‘The Last Days of Disco’ in the year 1999.

According to rumors, Kate Beckinsale, Len Wiseman divorce rumors have been swirling for weeks.

Kate has been criticized for her dating choices. This is after she dated Matt Rife and Pete Davidson who are over two decades younger than her.

When she was a teenager, she had an eating disorder, anorexic.

Moreover, she also has stomach ulcers.

Kate has a height of 5 feet 7 inches. Her body weighs 54kg. She has light brown hair and hazel eyes. Furthermore, her body measurements are 34-23-34 inches. Her bra size is 32B, the dress size is 4 US and the shoe size is 10US.