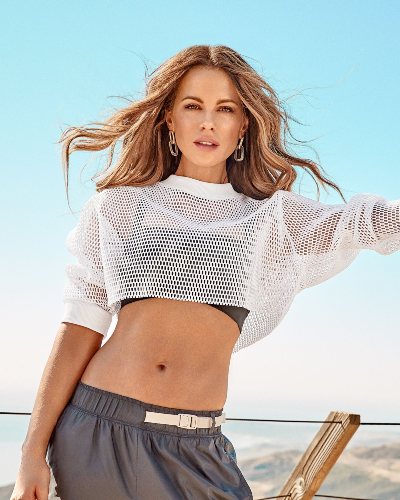 Kate Beckinsale is hospitalized after a back injury! She was taken to a hospital in Las Vegas after complaining that her back went out at around 10:30 a.m. Kate was shooting Prisoner’s Daughter which is a film directed by Catherine Hardwicke when the incident happened. At present, she is admitted to the local emergency room in an unclear condition.

Beckinsale was staying at The Signature at MGM Grand during production. Just two days ago, she posted her look on Instagram. In the Instagram post, she was wearing a flowing, white dress and black combat boots. It is reported that Kate at the age of 48 does not have any serious illness which might have caused her to be hospitalized.

Beckinsale also took extra precautions for the Covid-19 pandemic. She and her daughter Lily Mo Sheen did not stay together and were separated for two years. The mother-daughter duo recently reconnected with each other to celebrate Kate’s 48th birthday. Lily is her only child with ex-boyfriend Michael Sheen whom she dated for eight years before calling it quit in 2003. Her ex-lover Michael is an actor while her ex-husband Len Wiseman is a film director.

Also read Kate Beckinsale has a new toy boyfriend called Goody Grace and he is almost half her age!

The relationship of Kate Beckinsale and Pete Davidson might have come as a shock to many like it did to me! On 8th January 2019, they were spotted leaving the Golden Globes after-party together. A month later, they were photographed holding hands. Kate and Pete were unable to hold their relationship to themselves and ended up kissing on 4th March 2019 at the New York Rangers hockey game.

Beckinsale invited Davidson to her home for dinner with her mother Judy Loe and stepfather Roy Battersby. The dinner was on the death anniversary of her father. But by the time of April 2019, their romance was over. Pete revealed that his health issues were the reason for their split. He said,

“She was really understanding and cool. [It didn’t work out] because it wasn’t just the right time. I think I was going into another rehab. I must have a pattern. Also, I wasn’t, like, right yet and she had a lot of acting and work to do. She’s like a superstar, so. It just didn’t work.”

Kate Beckinsale is a British actress. In the late 1990s she started looking for film roles in the US, and after appearing in small-budget dramas The Last Days of Disco and Brokedown Palace, Kate had the break-out year in 2001 as she got starring roles in Pearl Harbor, a war drama, and Serendipity, a romantic comedy. Read more bio…