Updated On October 12, 2022 | Published By: Brandy Stratton | In Divorce , Married , Relationship
Share this 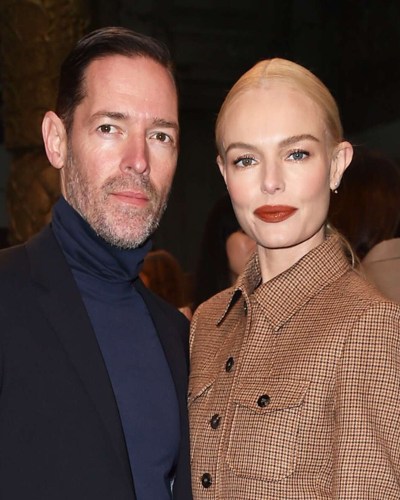 Actress Kate Bosworth has announced her separation from her husband of eight years Michael Polish. On 5th August 2021, Kate announced that she and her beau have decided to split after eight years of marriage. She announced the news with a black-and-white shot of the pair laughing and kissing one another at the same time. Bosworth said,

“The beginning is often the best part of love. Fireworks, magnets, rebellion — the attraction. The onset signals a wide open expanse of possibility. Split a burger with someone when you are falling in love, and you can die happily knowing this is your last meal.”

“Buy a bottle of whiskey and share shots, pour me a waterfall. Play that perfect song on the jukebox and dance with someone you have known your whole life, though you met minutes ago.”

Kate revealed that they have not been so deeply grateful for one another as they did when they decided to separate. They had chosen love for the last ten years. She even made sure that their love does not die and that their connection would never disappear.

Bosworth also claimed that she knows the 4 am calls are coming and they are going to exchange songs to communicate. Kate and Michael are honored to experience love in this way.

Also read Beauty Hacks! Wanna look like Kate Bosworth; Here are the five beauty secrets of Kate Bosworth that you will love

A short love story of Kate and Michael Polish

Kate Bosworth and Michael Polish met and fell in love when he directed her in the drama Big Sur in the year 2011. It was love at first sight for the couple. They were spotted together for the first time when they attended a Coldplay concert in California.

Then the pair walked down the aisle on 31st August 2013. It was an outdoor ceremony at The Ranch at Rock Creek in Philipsburg, Montana. Their married life was going well and would have celebrated their 8th Marriage anniversary if the couple had not separated.

Los Angeles-born Kate is an actress. Additionally, she is also a model. She is an American citizen. Mainly, people know her for her role as ‘Anne Marie Chadwick’ in the film, Blue Crush.

Similarly, she is also famous for playing ‘Lois Lane’ in the 2006 film, Superman Returns. Furthermore, she also acted in the TV show, The Art of More as Roxanna Whitman. Kate Bosworth is active in the acting industry since 1997. Read more bio…

Mindy Kaling’s love for shopping! What Are Her Collections?
Tags : Actress Blue Crush