Who is Kate Fahy? Find about her married life with husband Jonathan Pryce, children, net worth, biography 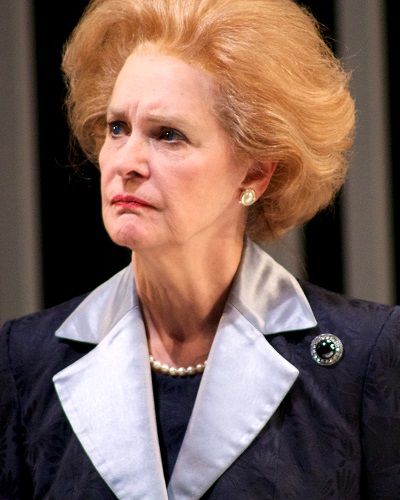 Katherine Fahy known as Kate Fahy is an actress. Kate has worked in a number of roles since 1975 like Daft As a Brush, The Nearly Man, Centre Play, Couples, Angels, Children, Crown Court, The Sweeney, Life for Christine, and many others.

Her work since the 2000s includes in A Likeness in Stone, The Jury, Cherished, The Living and the Dead, The Best Man, Silent Witness, The Hour, Happy Accident, The Baby Shower, Doctors, Witless and Coronation Street.

Kate Fahy and Jonathan Pryce met when they were both working at Liverpool’s Everyman Theatre nearly 50 years ago. But they were married to someone else at the time. Even though they claimed to be very happy in their marriage they left their partner. He said,

“Two weeks after I met Kate I left my wife and she left her husband. It really was just this extraordinary-meeting — a real coup de foudre.”

“I can’t imagine what life would be if I hadn’t met Kate at that time. We’re both actors and often that mitigates against a good relationship, but we have a great understanding of each other’s needs.”

They also starred in a play The Goat, Or Who Is Sylvia? together in the year 2004. Their previous marriage ended so they decided not to get married. But they eventually tied the knot in 2015. It was a private ceremony and they got married secretly. Since then they are living together happily.

They married for legal reasons as per Pryce and he said,

“We’d not married before because it was not deemed necessary. Everything we have had together is in our joint names. We had a ceremony with just family and enlarged the group for a very nice lunch afterwards. It’s been 48 years. The big 50 — now that will be a party.”

Kate Fahy and Jonathan Pryce have three children together. Their son Patrick was born in 1983, Gabriel in 1986 and daughter Phoebe in 1990. Their daughter Phoebe is also into acting. He said,

“My two sons don’t. One is a chef and runs a restaurant in London, which is quite well known: Rita’s.” Rita’s was described by Eater as a “much-loved homage to modern American comfort food.”

Their first child was born ten years after they first met. Jonathan and Kate are very close to their children. They try not to make any mistakes during parenting. Likewise, they try to become friends with their children. Jonathan thinks that he should be their friends as his parents were not close to him.

Kate was born in Dublin, Ireland. She is of Irish ethnicity. Kate attended the Bristol Old Vic Theatre School and studied drama there. Similarly, she joined its Young Vic Theatre Company.

Also, she joined the Everyman Theatre Liverpool Company. In January 2010, she made her theatre directorial debut with Oliver Cotton’s play Wet Weather Cover. She became popular for her performance in the theatre.

She was previously married to a businessman. But she left him after meeting her now-husband Jonathan Pryce. Kate is pretty private when it comes to her early family life.

Also read Morning shows the day! Meika Woollard began modeling since her earlylife at the age three. Now stepping into Acting as well!

The estimated net worth of Kate Fahy is around $500 thousand. From her acting career, she has earned a huge amount of money. Her husband Jonathan has a net worth of $5 million.

His film roles include in Carrington, Evita, Ronin, Deceit, The Affair of the Necklace, Bride of the Wind, Very Annie Mary, What a Girl Wants, De-Lovely, Renaissance, Echelon Conspiracy, Hysteria, The Salvation, The White King, The Wife, and many others.

Similarly, his TV roles include in David, Doctor Who: The Curse of Fatal Death, The Wonderful World of Disney, Clone, Under Milk Wood, Wolf Hall, Game of Thrones, Taboo, and Tales from the Loop.