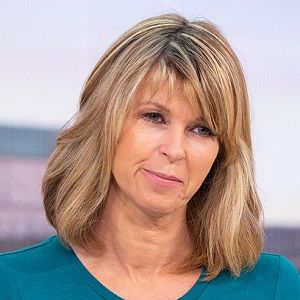 Kate Garraway is a married woman. At first, she married Ian Rumsey. He is the former boss at ITV Meridian in her hometown of Abingdon, Oxfordshire in 1998. But they divorce in April 2002.

After that, she married Derek Draper in Camden, London. He was a political aide to former Labour cabinet minister Peter Mandelson and was at the center of the scandal known as Lobbygate. Their first child was born in Hammersmith and Fulham, London on 10th March 2006. They have two children Darcey Mary and William.

Who is Kate Garraway?

Kate Garraway is an English Journalist and television presenter. She is the presenter of Mid Mornings with Kate Garraway on Smooth Radio and Good Morning Britain on ITV Breakfast. Similarly, she has made guest appearances on Have I Got News for You, The Wright Stuff, As Seen on Tv and many other.

She was born on 4th May 1967 in Abingdon-on-Thames, Berkshire, England. There is no information about the name of her parents. But it is known that her father was a civil servant and her mother was a teacher.

Similarly, her nationality is British but her ethnicity is unknown.

Talking about her education, she attended Dunmore Primary School and Fitzharrys School. She attended Bath College of Higher Education. Similarly, she graduated from the same college with a BA in English and History.

In the year 2009, when GMTV relaunched, she co-hosted the program with Ben Shephard, presenting on Monday, Tuesday and alternate Wednesdays. During her time at GMTV, she had also co-presented with Eamonn Holmes, John Stapleton, and Dan Lobb. Similarly, she presented her final show on 31 August 2010.

From March 2014 until November 2016, she occasionally presented The National Lottery Draws on BBC One. Similarly, in September 2017, she made a cameo appearance in Hollyoaks. She appeared in the fifth series of Strictly Come Dancing, partnered with professional dancer Anton du Beke.

Similarly, she finished 8th of the 14 couples despite receiving the lowest score from the judges in every week but one, as she was repeatedly saved by the public vote, prior to her elimination in week seven. Furthermore, in February 2008, she launched legal action against the Sunday Mirror. They published a photograph of her embracing du Beke, insinuating that they were having an affair, which the pair both denied.

There is no information about the awards and nominations of Kate. She has not won any awards yet.

There is no information about the net worth of Kate. She might earn a huge amount of money from her career. But she has not revealed her salary and incomes.

Talking about the body measurement of kate, she has a height of 5 feet 3 inches and her weight is unknown. Similarly, she has blonde hair and green eyes color.

Update! Rachel Bloom Expecting Baby With Her Husband Dan Gregor; The Couple Were Stucked In The Storm!