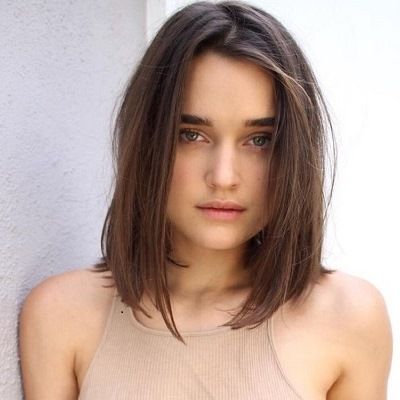 Kate Harrison began dating her lesbian girlfriend Chloë Grace Moretz, they were caught on a flight out of Mexico on Monday after vacationing together.

Who is Kate Harrison?

Kate Harrison is an American model and photographer who has been featured in a couple of advertising campaigns as well.  She has been associated with brands like ‘Playboy,’ ‘Vogue,’ ‘Elle,’ ‘Topshop,’ and ‘Furla.’

Kate is signed to several modeling agencies across the globe, including ‘Vivien’s Model Management,’ ‘Milk Management,’ and ‘JAG Models.’

She was born in Los Angeles, California, in the United States on March 8, 1991. Her birth sign is Pisces. She was born to  Gregory Harrison (father) and Randi Oakes (mother).

She studied Geography and Political Science at her high school. She took admission in the University of California.

Kate Harrison started her career by posing for various magazines. She modeled for the now-defunct magazine ‘Nylon‘ in April 2012. In the same year, Kate became a part of an advertising campaign organized by the popular Italian luxury company ‘Furla.’

She received her big breakthrough in September 2012, when she was featured in ‘Vogue Italia.’ She was then featured in the December 2012 edition of ‘Elle Italia.’

Harrison joined hands with ‘Topshop’ and became a part of the British fashion company’s advertising campaign in 2013, and she graced the cover of ‘treats!’ magazine brand ‘Oyster.’

Kate was featured in various editorials of ‘Myer Emporium Magazine‘ in April 2015. In July 2017, she featured in a raunchy ‘Playboy’ photoshoot.

Kate and Chloë Grace Moretz shared a long kiss just months after splitting from Brooklyn Beckham; the two are in the street in Malibu on Monday night.

Afterward, they headed to Soho House and left the club arm-in-arm before stopping to participate in a makeout session that apparently lasted about half an hour.