Kate Hudson was a divorced woman and now in a relationship. She is dating Danny Fujisawa. They were seen going for a dinner date on 10 January 2018.

This couple is blessed with a child named Rani Rose Hudson Fujikawa. She was born in 2018.

Prior, she was married to Chris Robinson on December 31, 2000, and welcomed a son named Ryder Russell Robinson on January 7, 2004. Due to certain issues and misunderstandings, they couldn’t continue their marital relation and got divorced on October 22, 2007.

She has also been in a relationship with Matt Bellamy in 2010 and welcomed a son named Bingham Hawn Bellamy. They were already separated, but jointly cooperating with their son. 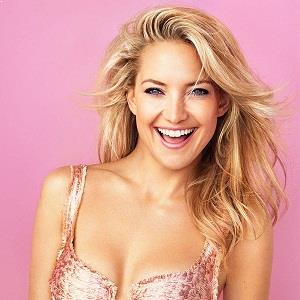 I make sure I eat well without depriving myself of the things that I love: a cheeseburger and fries, creamy white-truffle pasta, bowls of ice cream. Everything in moderation, but I indulge at least three times a week

We get to a point where we're like, you know what, one day we're just not gonna be here anymore, so I'm going to enjoy every second of it

Never worry about bad press: All that matters is if they spell your name right.

Who is Kate Hudson?

Kate Hudson is a popular American actress who is well known as a winner of Golden Globe and nominated actress for an Academy Award for Best Supporting Actress.

Beautiful Kate was born on April 19, 1979, in Los Angeles, California, U.S.A. Her nationality is American and belongs to Mixed (Italian, German, English) ethnicity.

She was born to Goldie Hawn, Academy Award-winning actress, and Bill Hudson, an actor, comedian, and musician. Her parents divorced when she was 18 months old and she was raised by her mother along with her brother Oliver Hudson, an actor, in California.

She was raised by Kurt Russell. So she says her father is Kurt. She is a cousin of Sarah Hudson, who is a well-known singer. Her grandfather’s name is Rut Hawn and her grandmother’s name is Laura Hawn.

She was mainly encouraged by her mother to secure a career in the acting field and she was also highly interested and dedicated.

Concerning her educational background, she attended Crossroads, a college preparatory school, and graduated from there.

Later on, she was also accepted by New York University, but she chose to start an acting career rather than getting a degree. She has learned to play the guitar and piano.

Born in an entertainment background family, Kate Hudson auditioned for a role for the first time when she was 11 years old.

Kate made her debut in T.V series “Party of Five” in the year 1996 as ‘Cory’ in the episode of “Spring Breaks: Part 1″. After two years in 1998, she made a debut in a film titled “Desert Blue”. In the first phase of her career, she was less popularized.

She appeared in the film Bride Wars and “Nine” for which she won the ‘Satellite Award for Best Cast’.

In 2016, she voiced Mei Mei in Kung Fu Panda 3. In total, she has worked in thirty films and seven T.V shows and series.

Kate Hudson: Salary and Net Worth

Her estimated net worth is $80 Million as of 2022, but her salary is not revealed yet.

Currently, there are no drastic rumors regarding Kate’s personal and professional life.

Kate Hudson has a good height of 5 feet 6 inches with a bodyweight of 49kg. She has blonde hair color and her eye color is green. Her bra size is 32A.