Famous for her television roles as Sabrina Duncan in the series Charlie's Angels and Amanda King in the series Scarecrow and Mrs. King. 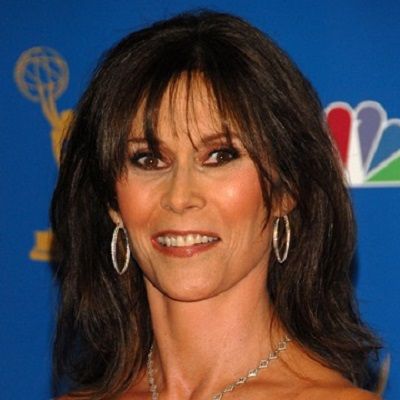 I think we have the attention span of a gnat. You know, with cell phones and Twitter.

I think Michigan keeps you sane and on an even keel through the ups and downs. In Michigan, I do fireworks, shovel snow and live life.

You know, it's really strange now with the Internet, with everyone having an unsolicited, anonymous opinion.

In August 1978, she married actor Andrew Stevens. And the couple divorced in 1981.

After that, she married New York businessman David Greenwald in 1982. Together they formed Shoot The Moon Productions and produced Scarecrow and Mrs. King. Sadly, they divorced in 1984.

After the divorce, Jackson met Tom Hart, the owner of a Utah ski lodge, and the pair married in 1991. They met while Kate was still recovering from her second battle with breast cancer. But the couple divorced in 1993 and in 1995, Jackson adopted a son named Charles Taylor Jackson.

Jackson was first romantically involved in the mid-1970s with actor Edward Albert. They both lived together and were engaged too but the couples split after two years.

Who is Kate Jackson?

Kate Jackson is an actress, director, and producer.

She is famous for her television roles as Sabrina Duncan in the series Charlie’s Angels and Amanda King in the series Scarecrow and Mrs. King. And also she is a three-time Emmy Award nominee and four-time Golden Globe Award, nominee.

Kate Jackson was born on October 29, 1948, in  Birmingham, Alabama. Her birth name is Lucy Kate Jackson and now her current age is 70. Jackson holds an American nationality and her ethnicity is White-American.

Kate’s father is Hogan Jackson a business executive and Ruth (née Shepherd) is her mother. She also has one sister named Jenny Jackson. Jenny is also an actress, known for Undressed which was released in 1999, and Street 16 from 2005.

Kate attended The Brooke Hill School for Girls while living in Mountain Brook. Later, she enrolled at the University of Mississippi as a history major where she was a member of the Delta Rho chapter of the Kappa Kappa Gamma sorority.

Halfway through her sophomore year, she transferred to a liberal arts college the Birmingham Southern College, taking classes in speech and history of the theatre. But by the end of the academic year, she moved to New York City to study acting at the American Academy of Dramatic Arts.

Kate Jackson began her career in the late 1960s, before landing her first major television roles in Dark Shadows and The Rookies.

In 1971, Jackson starred as Tracy Collins in Night of Dark Shadows, the second feature film based on the daytime serial. After that, she appeared in two episodes of the short-lived sitcom, The Jimmy Stewart Show.

She also worked as an NBC page and tour guide at the network’s Rockefeller Center.

Later in 1976, she starred in an American crime drama television series Charlie’s Angels which aired on ABC from September 22, 1976, to June 24, 1981. She played the role of Sabrina Duncan which was a huge success.

Then she appeared on the cover of Time magazine, alongside co-stars Farrah Fawcett and Jaclyn Smith.

She then starred in countless movies and tv series like Empty Cradle from 1993 and Satan’s School for Girls from 200o, etc.

On August 3, 2010, it was announced a contract with her to publish her memoirs. The book which was expected in 2011, has been repeatedly delayed, with the latest update reporting a release date of two days before 2021 begins.

She is an exceptional actress and during her career; She received around 4 awards and was a nominee in 9 other awards. Jackson first won an award in 1974 for Female Discovery of the Year in the Golden Apple Awards. Kate is also a 4-time nominee for Golden Globes, USA, 2-time Primetime Emmy Awards nominee.

Apart from that, she even won Germany’s Bravo Golden Otto Award for Best Female TV Star three times for the role of Mrs. King.

In 1987, Jackson was diagnosed with breast cancer during a mammogram. The mammogram showed small growth in her left breast and a biopsy revealed it was cancerous.

Four days later she underwent a lumpectomy. Kate didn’t reveal this to anyone except ‘Scarecrow’ producer and her sister. She under 5 weeks of radiation and was back on set about a week later.

Later in September 1989, another mammogram revealed microscopic cancer cell clusters in the same breast and for that, she had to undergo a partial mastectomy, followed by reconstructive plastic surgery.

The original star of “Charlie’s Angels” sued her financial manager in May 2010. She claimed that  Richard B. Francis drained her account of $3,000,000 and brought her to financial ruin. It was said Richard B. Francis misinformed her about the value of her estate and then pressured her to buy a home she couldn’t afford.

The terms of the settlement are confidential. However, Francis got off without having to pay Jackson anything.

Jackson’s eyes are dark brown and her hair is dark brown too. She is 5ft 9 inches tall, and she weighs 59 kg. Her body is built slim and wears shoe size 8.5. Kate’s body measurements are Breast/Bust size 33 inches, Waist size 24 inches, Hips size 33 inches, and Bra size 38 B.

You might also want to know more about other famous personalities like Kate Phillips, Emma Davies, Scottie Thompson.