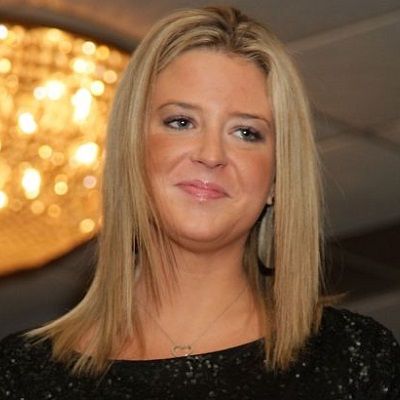 She was married to Michael Lohan on October 30, 2014. Lohan is an American television personality. In September 2018, Kate filed for the divorce citing “irretrievably broken.” However, the divorce has not been finalized yet.

They have two sons, Landon and Logan. Her step-daughter is a famous and controversial actress, singer, Lindsay Lohan.

Their break up was depicted in the fifth season of Celebrity Rehab with Dr. Drew.

Who is Kate Major?

Kate Major is an American TV journalist and also a Star magazine reporter. She has also worked for Atlanta News and also has appeared in some TV shows like ‘The Gossip Queens’, ‘The Test’ and ‘Judge Alex’.

Furthermore, she is also a former model and also an Advocate for Women’s Prison Reform.

Kate was born on November 16, 1982, in Chicago, United States. Her real name is Kathryn Major. Her birth sign is Scorpio.

She studied and graduated in Journalism.

Kate wanted to be a model from an early age. She studied Journalism and become a reporter. She used to work as a weather forecaster for Atlanta News.

She then worked for the Star magazine as a reporter. She also has done modeling and works as an Advocate for Women’s Prison Reform. She is also a public figure. She resigned as a Journalist in July 2009.

Kate is an alcoholic woman. In October 2016, she was arrested for assaulting a Police officer while getting drunk.

Kate got her estranged husband, Michael Lohan arrested after he physically abused her.

Kate Major has an estimated net worth of $200 thousand.

She has a hight of 5 feet 7 inches and her weight is 55 kg. She has blonde hair with blue eyes.