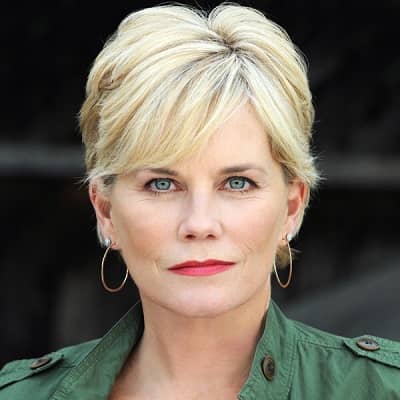 What is the relationship of Kate McNeil?

Kate McNeil is a married woman and a mother of two children. She gets married to Ray Friedland. Ray is a director and scriptwriter by profession. The couple tied the knot in the year 1987. Also, they have two children.

Who is Kate McNeil?

Kate McNeil is an American renowned actress. She emerged the popularity after starring in the CBS daytime soap opera As the World Turns.

Also, she made her television debut through the TV series and portrayed the role of “Karen Hainess Stenbeck Dixon” from 1981 to 1984.

Kate was born on August 17, 1959, in Philadelphia, Pennsylvania, the U.S. She is the daughter of the former president of the U.S. Cocoa Corporation, McNeil. At present, she is 62 years old and her sun sign is Leo.

Talking about her academic history, she attended Ithaca College and majored in theater. She earned her master’s degree in Special Education at California State University, Northridge.

Her nationality is American and she belongs of Scottish descent.

Kate started her acting career in the year 1981 on the soap opera As the World Turns. A year after she also made her film debut in the film Beach House where she portrayed the role of Cindy.

In the following year, she auditioned for a slasher film called The House on Sorority Row.  She had been cast in the role of Katherine ‘Katey’ Rose alongside Eileen Davidson.

In 1990, she was cast in the main role of Taylor Young on the CBS series WIOU. Later on, she starred in another CBS series Bodies of Evidence as Det. Nora Houghton from 1992-1993.

Lately, she starred in an episode “Day 9, Day 10” of Them where she was cast in the role of Dr. Frances Moynihan. Furthermore, some of her notable films and television series are,

The actress keeps herself away from any sorts of rumors and scandals. She hasn’t been part of such controversy that could hamper her personal and professional life.

Kate might have accumulated a decent amount of wealth throughout her career. In 1982, her salary is $50 per day while featuring in the film The House on Sorority Row.

However, she hasn’t disclosed her current salary, yearly income, and other assets to the media. As of 2022, she has an estimated net worth of $7 million.

The actress has an impressive height with an average weight. However, her actual height, weight, and other body measurement are not available in the media. She has blonde hair and with beautiful blue pair of eyes.

Bailey Noble
Tags : American Actress As the World Turns Them

Katie Mcneil, Wife Of American Singer Neil Diamond; Here Are Some Interesting Facts About Her And Her Personal Life!

The Osbournes star Jack Osbourne shares Some crazy Snaps with Dad Ozzy from the Past! Also, Dig into his Parenthood Journey