Duchess Kate Middleton is married and a mother of three. 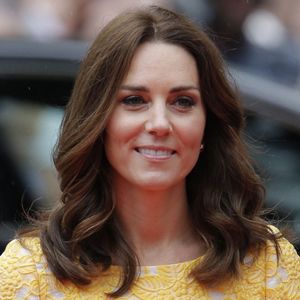 Addiction is a hugely complex and destructive disease, and its impact can be simply devastating. All too often, lives and families can be shattered by it

There is no rule book, no right or wrong

No one would feel embarrassed about seeking help for a child if they broke their arm - and we really should be equally ready to support a child coping with emotional difficulties.

Kate Middleton is a married lady. She got married to Prince William. Their relationship was very much twisted before marriage. The couple met each other in 2001 as they studied at the same university.

In October 2010 Kate and Prince William again came together and in November 2010 they got engaged by giving his mother’s ring to her in the ceremony. The couple got married on April 29, 2011, at Westminister Abbey, the day was declared as St. Catherine’s Day and bank holiday in the UK.

Later it was declared that the first child of the couple will be on the throne after their father. The couple got their first baby as a prince, Geroge on July 22, 2013.

Their second baby was a princess, Charlotte on May 2, 2015. The couple was blessed with their third child Prince Louis Arthur Charles (On April 23, 2018).

Who is Kate Middleton?

Kate Middleton is married to Prince Williams in 2011 at Westminister Abbey in London. She is also famous as a Most Promising Newcomer by The Daily Telegraph magazine.

She is also a catalog Photographer and Web designer. Kate was also the Top Fashion Wuzzword in 2011.

Kate Middleton was born on January 9, 1982, in Reading, Berkshire, England. Her nationality is British and her ethnicity is mixed(English, Scottish, French).

Kate’s parents later founded a mail-order party goods company which made them multi-millionaires.

Kate Studied in St. Andrew’s Prep School and later on Marlborough College but Kate left the school after bullying and taunts from her friends.

She was also dominated by her college boys while rating him two out of ten. Kate was good at studies and completed his study. Kate graduated from the University of St. Andrew in 2005 with MA. In the History of Art.

Kate Middleton’s first work was at Jigsaw, a clothing store where she worked part-time. Kate also worked for her family business “Party Pieces”. She designed the Catalogue and handled production and marketing. In 2010, Kate started a bakery business with his brother James. The business encouraged kids to make them easily bake party cakes.

Kate was featured in Peoples magazine in the best-dressed list in 2007 and 2010. She was also selected as the monthly beauty icon by style.com.

In January 2012 she was listed as Headwear Person of the Year. Kate was also involved in charity works. She assumed the patronage of the RAF Cadets for youths 12-19 years of age. The Duchess gave her royal patronage to the M-PACT program.

Kate was honored by the Honorary Air Commandant of the Air Training Corps and Their Royal Highnesses The Duke and Duchess of Cambridge Award, University of Waterloo, Waterloo.

She also has a Queen Elizabeth II, Diamond Jubilee Medal. Apart from this Kate has many Honors which are commonly given to Royal Family and its Members.

There is no information about her salary and net worth. But being as a Duchess of Cambridge, sources have estimated that their net worth lies somewhere between $7 and $10 million

It was once rumored that Queen Elizabeth II wants to declare Prince William and Kate to be the King and Queen rather than her son Prince Charles and Camilla. It was also said that Kate is not pregnant. Later royal insiders claimed the site and the news to be bogus.

Moving towards Kate Middleton’s body measurement, she has a good height of 5 feet and 9 inches with a bodyweight of 59 kg. She has a well-shaped body of 32-24-33.

She has green eye color and her hair color is dark brown. Her shoe size is 8(US) and her dress size is 2(US).

James Middleton, brother of Kate Middleton has a dinner party with his dogs!