Posted on November 9, 2022 | Published By: Natalie | In controversy , Substance Use Disorder
Share this 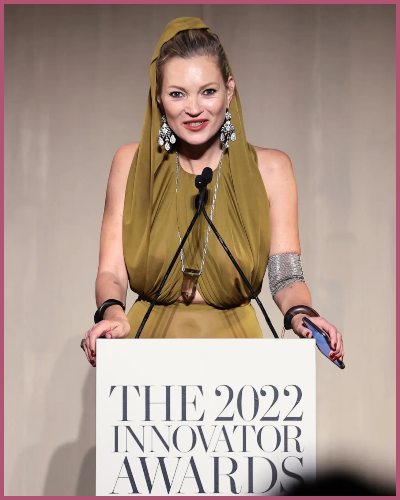 Kate Moss was jittery during her 2022 WSJ speech. source: People

Kate Moss‘s speech got her into trouble.

The British supermodel raised many eyebrows after appearing not sot normal during a big fashion event recently.

Moss, 48, was present at the fashion’s big night to honor her longtime pal Anthony Vaccarello with the title of 2022 Fashion Innovator at the Wall Steet Journal Magazine Innovator Awards last week.

Vaccarello, Saint Laurent’s creative/image director received the honor for his outstanding contribution to fashion over the years.

Moss, who looked ravishing in a sheer, deep chartreuse ensemble gushed over her friend’s accomplishments. But the model seemed anxious when it was her turn to speak in front of the audience. She clutched onto the podium as she struggled to deliver some of her words.

Looking at her phone, Kate began:

”Anthony and I have worked together for- years,”

Moss seemed nervous as she paused at times throughout her short speech.

”Since he started at Saint Laurent, I could recognize his instinct for fashion. And – I wanted to be part of that,”

”I’m honored to be part of his Saint Laurent family and be his friend.”

She concluded, stumbling over the name of the night’s most prestigious honor:

”Ladies and Gentlemen, I’m honored to present Anthony Vaccarello with the – Innovator of the h-award,’‘

Also, Read Kate Moss was Clearly Not Happy with Her 1992 Calvin Klein Photoshoot with Mark Wahlberg!

The awkward speech got attention from social media users for all the wrong reasons. Fans were quick to express their opinion over the supermodel’s strange behavior.

”I think so too but I don’t want to make any assumptions or accusations.”

”I feel her heart beating through her chest from here,”

Moss, rose to fame during the supermodel era- times when models were stuck thin and partied hard.

In 2005, Moss was into controversy after coke-snorting images of the supermodel were on the front pages of a British tabloid. It earned her the infamous nickname Cocaine Kate.

She also earned another not-so-good nickname The Tank for the amount of Vodka she drank.

But the supermodel reportedly has been sober for more than four years now. It was also reported that Kate and her baby sister Lottie became greatly estranged due to the 24-year-old’s bad addiction to coke.

”There have been times when Kate felt straight-up mortified. She has had her head in her hands about Lottie and what she is doing with her career.”

The source also added that Kate’s 20-year-old daughter Lila won’t have anything to do with Lottie.

Naomi Campbell Wants a Rising Female Star to Play Her in a Biopic if it’s Ever Made!
Tags : British supermodel celebrity drug addiction controversial speech 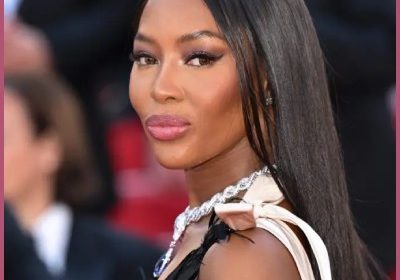 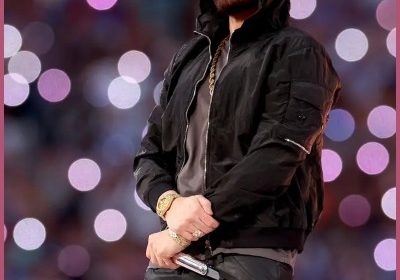 Eminem Addresses his 2007 Overdose at the Rock and Roll Hall of Fame Induction Ceremony!