Kate Phillips is a British actress. Kate is lowkey about her love life.

Kate Phillips is not married. As of now she is possibly single and focusing on her career.

Previously, in an interview, she revealed that she has not spent qualitative time with her boyfriend due to her commitment issues. Kate stated,

“My boyfriend and I have never done a proper relaxing, can’t do anything kind of holiday. I think it’s going to have to be a beach in Greece for watersports, seaside walks and lying in the sun. If that’s possible in October.”

However, she did not share her boyfriend’s name. Also, it is unknown whether they are together now or not. 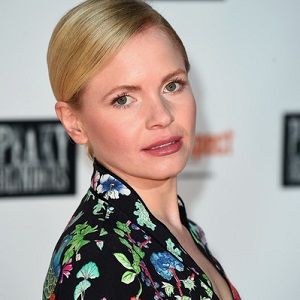 Who is Kate Phillips?

Kate Phillips is a British actress. She is the cast of Peaky Blinders, Wolf Hall, 2016 BBC adaptation of War & Peace, and Alienist.

Similarly, she played in the film Downton Abbey as Mary, Princess Royal, and Countess of Harewood.

Kate was born in England on 21 May 1989 There is no information about her father, mother, or siblings. But her parents were supportive.

Similarly, her nationality is British and English and her ethnicity is Caucasian.

Talking about her education, she attended Leeds University. Similarly, she completed her education at The Guildhall School of Music and Drama.

After graduation, Kate returned to Leeds to appear as Abigail Williams in The Crucible at the West Yorkshire Playhouse.

She had already filmed her scenes for the BBC’s adaptation of Wolf Hall in which she played Jane Seymour and she was offered a role whilst still studying at Guildhall.

Similarly, there was some mild controversy following the initial airing of Wolf Hall after some historians described her as ‘too pretty to play Henry VIII’s third wife. But this criticism was disregarded by several critics who praised her performance with Screen Daily naming her as a ‘Star of Tomorrow’.

Likewise, Kate Phillips went on to secure roles in War & Peace, Peaky Blinders, and The Crown.

An August 2018 announcement indicated that she would be among the new cast to join the original actors in the feature film Downton Abbey which started principal photography at about the same time.

There is no information about the awards and nominations.

She is part of the show Peaky Blinders and the average salary of the cast member is $150k. She might earn the same amount from the show. Similarly, her net worth is around $500k as of 2022.

She must have earned a huge amount of money from her career but she has not revealed her salary.

Talking about Kate Phillips’s body measurements, her height is 5 feet 4 inches, and weighs 55 kg. Similarly, she has blonde hair and green eyes.