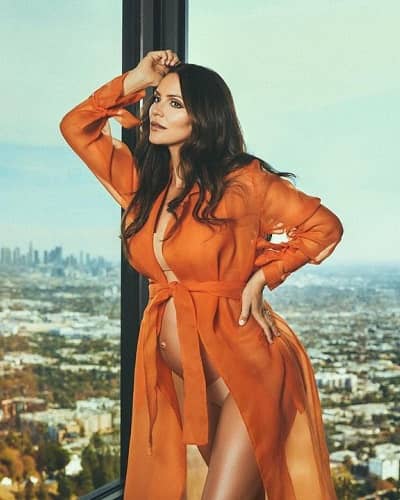 Katharine McPhee, 36, and David Foster, 71 welcomed a baby boy! The baby boy is the first child of the married couple Katharine and David. As per sources, both mom and son are doing as well as husband David.

The pregnancy news of Katharine first came in October 2020. The newborn baby is the sixth child of David. On Instagram, Katharine revealed,

“I just came home and opened this gift from Aperol Spritz, which for those of you who don’t know … is one of my favorite drinks and it reminds you of being in Capri. Thank you, Aperol Spritz. I won’t be drinking this anytime soon — wink, wink — but I’m very excited.”

Also read Katharine McPhee is pregnant! It is her first child with David Foster, 71!

In December 2020, she revealed the sex of the baby with a blue outfit while showing her growing belly bump. She appeared in the episode of Women on Top hosted by Roxy Manning and Tammin Sursok. Katharine said,

“Now that I am having a boy, there are different things I need to worry about to teach him versus the things I would be thinking about with a girl.”

But she thinks that it is refreshing as she does not have to think about this is the way you look’ as she thinks men have different things to worry about.

Also read Katharine McPhee Clapped Back At Who Trolled Her Engagement With Her Husband David Foster!