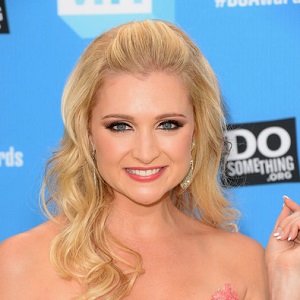 Katherine Bailess is a married woman. She likes to keep her profile low and has not disclosed information about her husband.

Also, she is currently busy in her career and she might be focusing on her career rather than being in a relationship.

Katherine Bailess is an American actress, singer, dancer who is best known for the role of Erica Marsh on the CW’s hit show ‘One Tree Hill’. She is also well recognized for her performance as Life and Death Brigade member Stephanie on ‘Gilmore Girls and Kyle Hart on the VH1 series ‘Hit the Floor’.

He was born on April 24, 1980, in Vicksburg, Mississippi, USA. She is currently 38 years old. Her father’s name is Bobby Bailess and her mother’s name is Natalie Bailess.

Bobby is an attorney and was a former linebacker for the Ole Miss Rebels football team at the University of Mississipi.

She took training classically in dance at the age of 4. Also, she participated in competitive gymnastics and cheerleading throughout her childhood.

She joined St. Francis Xavier Convent School and later graduated from St. Aloysius Catholic High School in 1998. After that, she joined Marymount Manhattan College and studied musical theatre and dance.

After the completion of college, she went to study at the William Esper Studio’s two-year intensive program.

She debuted her film career from the role of Angie in ‘The Bootlegger’ in 2001. After two years, she portrayed the role of Alexa in the film ‘From Justin to Kelly’ and Universal’s ‘Bring It On Again’.

She made her appearance as Girl and Stephanie in the television series ‘Gilmore Girls’ in 2004. She portrayed the recurring role of Wende in ‘The Loop’ in 2007, and guest starred on ‘NCIS’.

She has been portraying the role of Kyle Hart in the series ‘Hit the Floor’ since 2013. She is also the co-producer of the film ‘Elle: A Modern Cinderella Tale’.

The beautiful actress has not been awarded and nominated for her performance to date. Hope, she will win in the near future.

The talented actress has not revealed her net worth, salary and income, however, she might have earned millions of money from her professional career.

The multi-talented actress has maintained her profile and has not been involved in any types of rumors and controversies in her career.