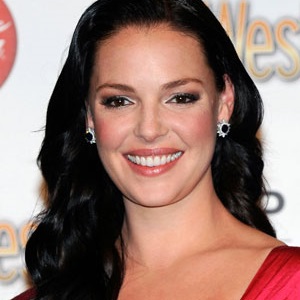 I'm really proud of myself because I've pared my beauty regimen down to a cream blush and berry-tinted lip balm, which has saved me so much time

As women, we have more of a tendency to be people-pleasers, and I know a lot of women who are not vocal about what makes them happy

Adoption has been a part of my life and a part of my family, so it was how I wanted to start. It felt natural and right to me.

In September 2009, the couple adopted a daughter, Naleigh, from South Korea. In April 2012, Kelly and Heigl adopted a second daughter, Adalaide, from the U.S.

In June 2016; the couple announced that they were expecting their third child. Heigl gave birth to a son, Joshua Bishop Kelley, Jr., on December 20, 2016.

Who is Katherine Heigl?

For this role, she won the Primetime Emmy Award for Outstanding Supporting Actress in a Drama Series in 2007.

She was born on 24 November 1978, in Washington, D.C., USA. Her nationality is American and ethnicity is mixed (German and Irish Descent).

She has three siblings, Meg, Holt, and Jason. Jason passed away in 1986 in a car accident.

She made her film debut in That Night (1992) and later appeared in My Father the Hero (1994) as well as Under Siege 2: Dark Territory (1995). From 1999 to 2002 Heigl co-starred as Isabel Evans on the television series Roswell. Additionally, she has established herself as a cover model, appearing in numerous publications including Maxim, Vanity Fair, and Cosmopolitan.

She played Izzie Stevens on ABC’s medical drama Grey’s Anatomy from 2005 to 2010, a role for which she won the Primetime Emmy AWARDS FOR Outstanding Supporting Actress in a Drama Series in 2007.

During the summer of 2002, Katherine made a major decision in the direction of her Agency, one of the biggest and most prestigious agencies in the entertainment industry. She is now being represented by Norman Aladjem at Paradigm Agency and is managed by Nancy Heigl and Stephanie Simon and Jason Newman at Untitled Entertainment.

This actress’s net worth is $35 million and her salary is not revealed yet.

Once there is a rumor of Katherine that she’s a “Rude” Actress.

Katherine Heigl has a height of 5 ft 9 inches. Her body weighs 58kg. She has Blonde hair and Dark Brown eyes. her body measurements are 36-25-36 inches.

Katherine Heigl revealed that she loves her family more than anything as well as she wants a Korean child!

Katherine Heigl living her happy life with Her Diverse Family having Grown up in one: ‘Is So Much Better Than I Could Have Ever Imagined’