Skip to content
Married Biography
Married Biography / Entertainment / Katherine Webb And Her Husband AJ McCarron Is Pregnant With Their Third Baby; Know About Her Married Life And Their Other Children!

Posted by MarriedBiography Posted on October 8, 2020 | In Child , Married , Pregnant
Share this 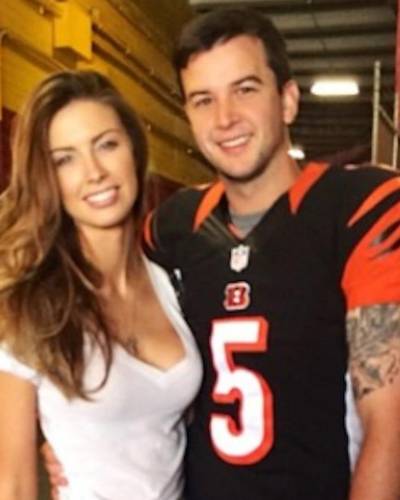 Katherine Webb and her husband AJ McCarron are pregnant with their third child. Congratulations to the couple! They announced the news to their fan and followers through their social media. AJ and Katherine are parents to their two kids.

Here is everything you need to know about their married life, children, and pregnancy.

The 31-year-old model is going to be a mom for the third time. The parent of two revealed they are pregnant with their third baby. This Monday Webb made a post revealing she is pregnant. The two also revealed the gender of their unborn baby. It’s a boy!

The model shared a video where they were standing with their two boys with the confetti poppers in their hands. She later shared blue confetti all over the ground through her  Instagram stories.

On the video, she wrote with the baby emoji:

“And God said…BAM! YOU’RE A BOY MOM…PSA- prayers needed for my sanity'”

The couple is the parents of 21-months old Cash Carter and 4-years old Tripp.

Timeline of their relationship

Webb met her future husband McCarron met on Twitter through their mutual friend. After McCarron followed her twitter, she followed back quickly. Later on, the duo exchanged their number and started talking.

“I had no idea who AJ was. But I thought he was cute,”

Webb first got the public spotlight when commentator, Brent Musburger referred to her as ‘Beautiful woman’ on the 2013 national championship game. They got married in 2014  in Orange Beach in the presence of their friends and family. The two read their vows just after a year of dating. They released their exclusive wedding pictures in honor of Iron Bowl day.

At their wedding, they had  10 groomsmen and 10 bridesmaids. Moreover, AJ’s brother was the best man at the wedding. On the guest list, there were her sister, Laurie, and some friends from the modeling community. Jesica Ahlberg, the 2014 Miss Alabama USA, and model Natalie Pack also came on their big day.

Just a year before she met the player, she had already left Hollywood. When she got the queries of why she decided to quit the industry, the model stated:

“I quit ‘Hollywood’ shortly after bc I realized I genuinely hated being ‘famous’ and having my personal life out there so much. But I did some amazing things and met some amazing people along the way.”

On a recent day, she is a mother to her two sons and another one on the way. Back in 2013, she once mentioned:

“I gave it all up to marry my forever love and have my boys and I would do it all again in a heartbeat,”

Bold and beautiful Katherine Webb is an American famous model, beauty queen, and television personality. She is best known as the beauty pageant competitor who was the top 10 finisher in the Miss USA 2010 pageant after winning Miss Alabama 2012. See more bio… 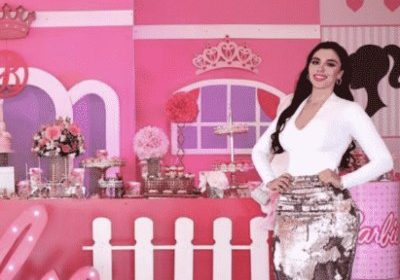