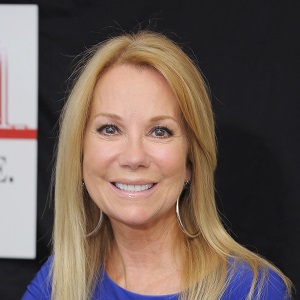 A fear of the unknown keeps a lot of people from leaving bad situations.

Kathie is a married woman now; she was involved in many relationships and affairs in her life. Her first husband was a journalist named Paul Johnson, whom she was married to between 1976 and 1983. After an unsuccessful turn of events, they got divorced just 8 years. Then, she was involved with the footballer turned actor Carl Weathers, but just for a year only. Currently, she is living with her husband Frank Gifford whom she married to in 1986. After almost 29 years of successful married life, the couple has two children. Their daughter Cassidy Gifford who was born in 2003 is also an actress. Kathie’s husband Frank Gifford died in 2015 at the age of 84. They also have a son named Cody Newton Gifford, who was born on 22nd of March, 1990.

Who is Kathie Lee Gifford?

Kathie Lee Gifford is an American TV host, songwriter, singer, actress, and comedian. She is popular as the co-host of the talk show “Live with Regis and Kathie Lee” played on WABC-TV. She was nominated for 11 Daytime Emmy awards and won her first one in 2010 as a team member of the Today show.

Kathie Lee Gifford was born in Paris, France on August 16, 1953. Her nationality is French-American and ethnicity is mixed(Russian Jewish, English, German, French).

Her birth name is Kathryn Lee Epstein. She was born to Aaron Epstein a former US Navy Chief Petty Officer and musician and singer Joan Epstein.

At the time of Kathie’s birth, her father was stationed in France. After returning to the US, the family settled in Bowie, Maryland.

Gifford had a Jewish upbringing. But at the age of 12, she converted to born-again Christian after watching the movie “The Restless Ones” produced by Billy Graham.

Gifford went to Bowie High School where she performed as a singer in a folk group called Pennsylvania Next Right. She then studied music and drama at Oral Roberts University located in Tulsa, Oklahoma.

In early 70s Kathie worked a summer as Anita Bryant’s live-in babysitter/secretary in Anita’s Miami home. Gifford’s career began after she got the role of Tom Kennedy’s sidekick and vocalist/singer on the game show called “Name That Tune”. She was on the program from 1974 to 1978. In 1978 she worked as the cast on a show called “Hee Haw spin0ff”.

From 1984, she began appearing in TV commercials for Carnival Cruise Lines. In 1985, Kathie replaced Ann Abernathy and became co-host of the WABC-TV show called The Morning Show with Regis Philbin. The show began broadcasting nationally in 1988. Gifford co-hosted the show for 15 consecutive years till 2000. This show got her national recognition and popularity. In the late 1990s, Kathie started working as a writer and contributor to musical numbers, etc., in musical theatre. After leaving the talk show in 2000 she made guest appearances in many TV series and movies.

She also released several CD albums independently. Gifford began working as a special correspondent in September 2005 for ‘The Insider’. She left it in 2008 after she offered a co-host slot on the 4ths hour of Today with Hoda Kotb. Kathie is also a contributor correspondent for NBC News and sometimes appears during the first 3 hours of the show ‘Today’.

After leaving the talk show in 2000 she made guest appearances in many TV series and movies. She also released several CD albums independently. Gifford began working as a special correspondent in September 2005 for ‘The Insider’. She left it in 2008 after she offered a co-host slot on the 4ths hour of Today with Hoda Kotb. Kathie is also a contributor correspondent for NBC News and sometimes appears during the first 3 hours of the show ‘Today’.

Her fame and fan following are huge and so is her net worth value, which in 2015 is 20 million US dollars.

Kathie was embroiled in a controversy in 1996 after she was accused of using child labor in sweatshops for making apparels for her Kathie Lee line. She then worked with Federal lawmakers and authorities to protect children from such sweatshops. The rumors were Kathie Lee and Hoda aren’t really good friends.