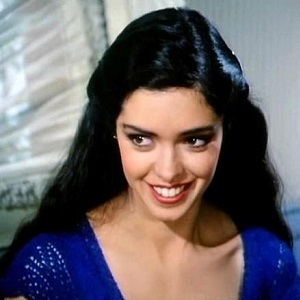 I've been a wimp and I've been bitchy, and believe me, bitchy is better.

Kathleen Beller is a married woman. She is married to the 1980s pop star, Thomas Dolby on July 2, 1988. The couple has welcomed three children: Harper (formerly Lily before transgendering), Talia, and Graham.

The family is living together and they are sharing quality time with each other.

Previously, she married Michael Hoit on June 22, 1980. However, the couple could not hold the relationship and end with divorce in 1986.

Who is Kathleen Beller?

Kathleen Beller is an American actress who is well known for her role in ‘Promises in the Dark’ in 1979. Also, she is well recognized for her role as Kirby Anders on the prime time soap opera ‘Dynasty’.

Kathleen Beller was born on February 19, 1956, in Westchester, New York, USA. Her full name is Kathleen Jennifer Beller and she is currently 64 years old.

Her mother was a psychiatric social worker and her father was a high school math teacher. However, their names are unknown.

Kathleen holds American citizenship but her ethnicity is unknown.

Talking about her education history, she studied drama at the age of 13 in Bristol, England.

Kathleen Beller began her career from the commercials. She debuted her television career from the role of Lixa Walton Sentell in the daytime soap opera ‘Search for Tomorrow’ in 1971 and appeared in the show until 1974 and then moved to Los Angeles. She was helped by Don Most to get an agent.

Kathleen debuted her film career from the film ‘The Godfather Part II’ in 1974 in which he portrayed the role of a girl in ‘Senza Mamma’.Then, she made her appearances as Angie Popchik in ‘Movie Movie’ in 1978, Kate is ‘Surfacing’ in 1981, Princess Alana in ‘The Sword and the Sorcerer’ in 1982, and as Eliza Williams in ‘Legacy’ in 1990.

She increased her fame even more after she appeared as Kirby Anders Colby in the television soap opera, ‘Dynasty’ from 1982 to 1984. She blamed the new writers for her end of character in the soap opera and later she reprised the role of ‘Dynasty: The Reunion’ in 1991.

She was nominated for Golden Globe Award in the category Best Actress in a Supporting Role-Motion Picture for ‘Promise in the Dark’ in 1980.

Kathleen Beller has an estimated net worth of around $10 million and she has earned that sum of money from her professional career.

Kathleen’s son Harper who was formerly Lily changed his sex via operation.

She and her husband, Thomas Dolby did not want their child to be transgender and instead, they thought that he could be gay and live androgynously, and contentedly, in San Francisco’s gay district

Kathleen Beller has a height of 5 ft. 3 inches and weighs 50 kg. She has brown eyes and brown hair.

To know more about Leigh-Allyn Baker, Brenda Bakke, and Mary Badham, please click on the link.