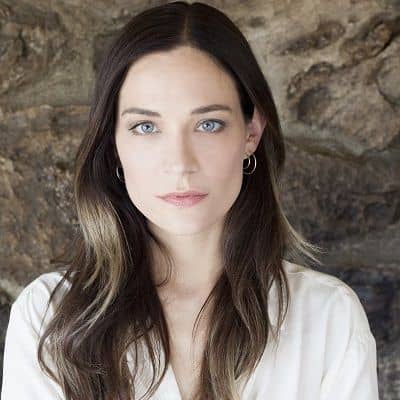 Who is Kathleen Munroe Dating?

Well, when it comes to Kathleen Munroe’s love life, there is a paucity of information regarding this as the actress has done everything within her power to keep these details under lock and key.

In Addition, she is possibly a single lady with no kids.

Who is Kathleen Munroe?

Kathleen Munroe was born in Hamilton, Ontario, Canada on April 9, 1982. Munroe is 40 years old as of 2022 and holds Canadian nationality. She maintains Caucasian ethnicity and has an Aries birth zodiac sign according to the astrological chart.

As per her academics, she graduated from the University of Toronto, where she studied cinema.

Munroe has been very low-key when it comes to her parents and siblings.

In 2009, she was cast as Janet O’Flynn in the George A. Romero’s horror movie, ‘Survival of the Dead.’ She then landed as Allison Fraser in the Canadian horror film, ‘The Void’ in 2016. Munroe was then cast as Toni in the American drama film, ‘A Family Man’ in 2017.

The talented actress has made her strong appearance on the small screen as well. In 2001, she debuted her small-screen appearance by starring in the TV Movie, ‘Dying to Dance’.

She starred as Frances, ‘Scottie’ Fitzgerald Lanahan Smith in Henry Bromell’s 2002 drama film, ‘Last Call.’ In 2005, she played the role of Annabelle Banks in the American drama series, ‘Beautiful People.’

Then she appeared as Nathalie Lacroix in the Canadian crime drama series, ‘Durham County’ in 2007.

CBS renewed the series for a fifth and sixth season in May 2022.

The net worth of Kathleen Munroe is estimated to be around 1 million USD as per 2022’s data. But the salary she is paid is yet to be revealed in the media.

Around January 12, 2022, there was a rumor that Kathleen Munroe is leaving the ‘FBI’ show. Though the actress has not given any statement regarding it, the rumor is believed to be untrue.

Adding more, the ‘FB’ star has a fair skin tone along with a pair of hazel eyes and brown hair.